The company plans an extremely limited run of an updated RS-Computer running shoe, which was introduced in 1986. 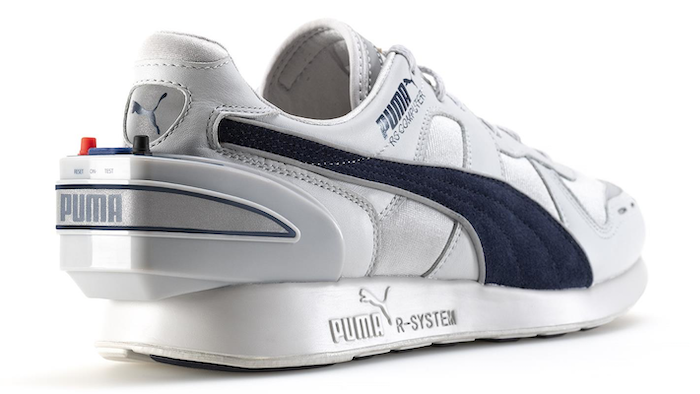 More than 30 years ago, German footwear company Puma introduced a shoe that was able to record the distance traversed by its wearer, the time it took to do so and the calories burned in the process

Although many runners now track those statistics, and then some, with devices on their wrists, Puma is reportedly planning an updated version of its primitive exercise monitor — on a very limited basis.

The company this week announced plans to release 86 pairs of the 2018 RS-Computer. They will be sold through the company’s website in the U.S. and Japan, at Kith retail locations and at Puma stores in Berlin, London and Tokyo. A price was not disclosed in the announcement.

Unlike the 1986 RS-Computer, whose built-in chip could be connected to the computers of the day, the upgraded version will connect wirelessly to an app on the wearer’s phone via Bluetooth. The app, however, will feature the eight-bit graphics of its ‘80s predecessor.

The new shoes will also feature a three-axis accelerometer to track steps, along with LED lights that will indicate whether daily step goals have been met. The system can store up to 30 days of data, and includes a lithium-polymer battery that is recharged through a USB port.