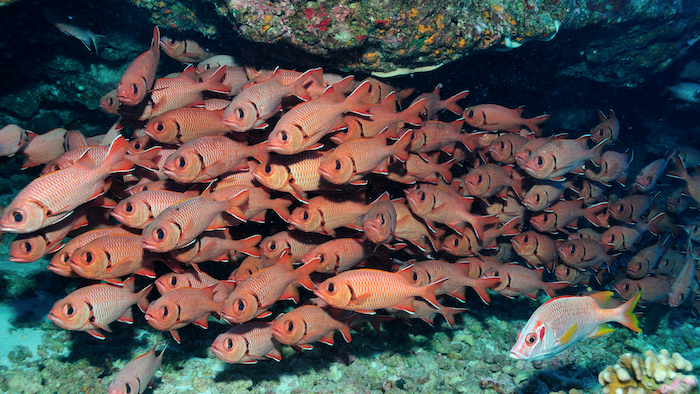 An examination of fish movements could one day lead to smarter robots, scientists from Johns Hopkins University suggested in a recent study.

The analysis was published in the journal Current Biology, but it was conducted, in fact, by researchers from the school’s engineering department, who wanted to investigate the little-understood mechanics of how animals account for feedback from their senses.

Engineers used an augmented reality program to analyze fish that generate a weak electric current to help them navigate and communicate — and observed how changes in their environment impacted their movements.

The fish, which were observed in a tube, swam harder as scientists adjusted their surroundings to make it more difficult for them to sense their environment. In the dark, when they relied even more on their electrical fields, they swam even harder.

Engineers suggested that the constant, mostly unconscious actions to regulate their perceptions translated throughout biology — and argued it could provide lessons for robotics, where sensors, the noted, are rarely considered during the design process.

“Knowing more about how these tiny movements work might offer new design strategies for our smart devices to sense the world,” lead author and Johns Hopkins graduate student Debojyoti Biswas said in a release.