The e-commerce giant unveiled several new gadgets whose tasks can be controlled by voice. 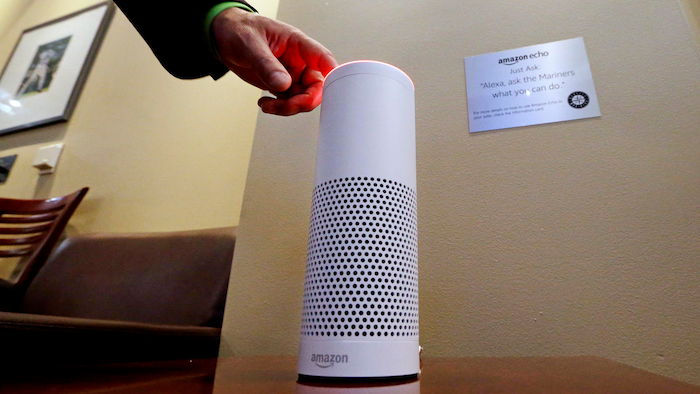 In this May 17, 2017, file photo, an Amazon Alexa device is switched on for a demonstration of its use in a ballpark suite before a Seattle Mariners baseball game in Seattle.
AP Photo/Elaine Thompson, File

Amazon wants the most basic of tasks to be controlled by voice, from microwaving potatoes to switching up the music in the car.

The company unveiled several gadgets on Thursday, furthering Amazon's goal of placing its Alexa voice assistant everywhere its customers are.

Among the new products: an Amazon-branded microwave that connects with Amazon's Echo devices and can be told to defrost peas or reheat coffee; a wall clock that displays timers and alarms set through an Echo; and a new Echo for cars that plugs into most vehicles and can be asked to play podcasts, give driving directions or make a call.

Amazon also revealed a redesign of its hockey puck-shaped Echo Dot, saying that it is louder than the previous version.