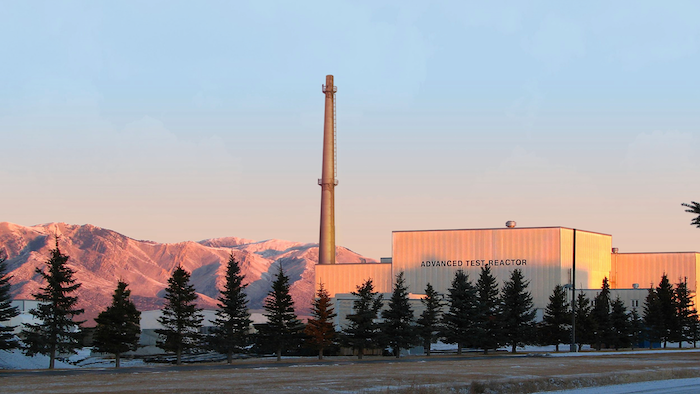 BOISE, Idaho (AP) — Scientists at the Idaho National Laboratory have completed a rare overhaul of one of the world’s most powerful nuclear test reactors and normal operations are expected to resume later this spring, officials said Monday.

The 11-month outage at the U.S. Department of Energy's Advanced Test Reactor, or ATR, in eastern Idaho allowed a core overhaul that's done, on average, about every 10 years. The changeout was the sixth since the reactor started operating in 1967 and the first in 17 years.

“Overall, I’m very pleased with the ATR workforce and teamwork they demonstrated during the longest and most complex outage in our history,” said Sean O’Kelly, associate lab director for the Idaho National Laboratory's Advanced Test Reactor Complex.

He said the coronavirus pandemic and supply chain issues caused some delays beyond the best-case scenario of completing the work in nine months.

The latest overhaul was completed last month and the reactor is now going through readiness assessments, instrument calibrations and low-power system checks. Those assessments are expected to be finished in May or June.

“Nuclear testing is needed to build an extensive set of baseline data for operating the reactor with new core components and new fuel, which is something we haven’t done since after our last overhaul was completed in 2005,” O'Kelly said. “We’re working to complete the first set of low-power tests by late spring, when we will shut down again to install the first set of experiments.”

The reactor is configured so it can run multiple tests simultaneously. Some of the best testing slots face a decade-long wait for room to run experiments, and other slots are booked years in advance.

The ATR is unique because unlike commercial nuclear reactors that produce heat that’s turned into energy, the ATR produces neutrons so that new materials and fuels can be tested to see how they react in high-radiation environments. The test reactor’s unique cloverleaf design includes a core that’s surrounded by beryllium metal to reflect the neutrons.

But all those neutrons put wear on the internal parts of the test reactor, meaning it would lose the ability to conduct experiments if it is not refurbished.

The reactor’s designers foresaw that problem and created a reactor with internal components that can be periodically replaced.