More than a million tons of treated radioactive waste water are set to be released into the ocean. 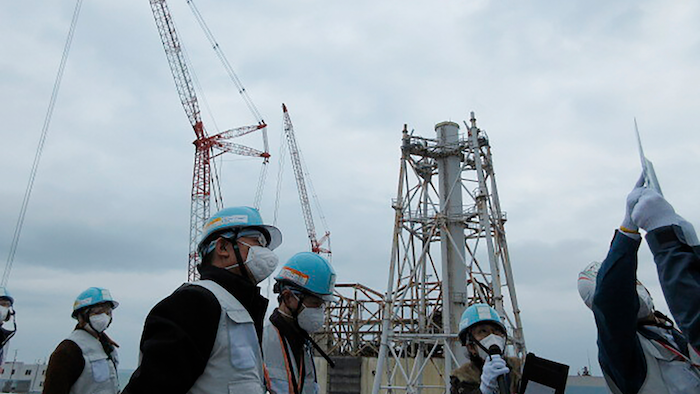 TOKYO (AP) — A team of experts from the International Atomic Energy Agency visited the site at Japan's wrecked Fukushima nuclear plant where more than a million tons of treated radioactive waste water are to be released into the ocean, as they seek to determine how to make the decades-long project safe.

Japan has sought the IAEA's assistance to ensure the release meets international safety standards and to gain the understanding of neighboring countries that have sharply criticized the plan.

The water is being stored in about 1,000 tanks at the damaged plant which must be removed so that facilities can be built for its decommissioning, plant operator Tokyo Electric Power Company Holdings says. The tanks are expected to reach their capacity of 1.37 million tons later this year.

A massive earthquake and tsunami in 2011 destroyed the Fukushima plant’s cooling systems, causing the meltdown of three reactors and the release of large amounts of radiation. Water used since the accident to cool the damaged reactor cores, which remain highly radioactive, has leaked extensively.

The government and TEPCO announced plans last year to begin gradually releasing the filtered but still-contaminated water in spring 2023 after its further treatment and dilution.

The IAEA team met this week with government and TEPCO officials and visited the Fukushima plant, where they saw the site of the planned discharge and monitored the collection of water samples from tanks and other areas, it said. The samples will be analyzed at IAEA labs.

“The IAEA taskforce made significant progress in its work this week to get a better understanding of Japan’s operational and regulatory plans for the discharge of treated water,” Lydie Evrard, IAEA's deputy director general and head of its department of nuclear safety and security, told reporters as the team finished its mission Friday.

Evrard said the role of the taskforce is to help Japan carry out the planned release safely under international standards, not to authorize or make decisions.

The water discharge plan has been fiercely opposed by fishermen, local residents and neighbors China and South Korea. Fukushima residents worry that the reputation of their agricultural and fishing products will be further tarnished by the water release.

Officials say all isotopes in the contaminated water selected for treatment can be reduced to releasable levels except for tritium, which is inseparable from the water but is harmless in small amounts. They say a gradual release of the water, diluted with seawater, into the ocean over decades is safe.

Evrard said the team witnessed early preparations at the plant for the release, including construction of equipment needed to discharge the water.

The team includes experts from 11 countries, including South Korea and China. Evrard said it plans to release a report in April on this week’s mission.