Officials warned that a winter shutdown could be devastating to customers. 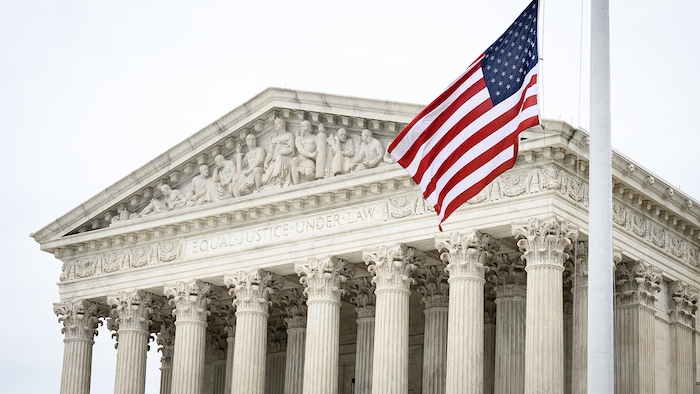 The St. Louis-based natural gas company Spire Inc. is asking the U.S. Supreme Court to allow it to keep operating a pipeline through Illinois and Missouri, warning that a winter shutdown could be devastating to St. Louis-area customers.

In a filing last week, Spire requested a stay that would allow operation of its Spire STL Pipeline until the issue is resolved in the courts. If the Supreme Court declines to take up the case, operation of the pipeline could cease on Dec. 13 unless the Federal Energy Regulatory Commission extends an emergency order granted in September.

Spire's court filing said shutting down the pipeline “in the middle of winter could result in the loss of natural-gas service to hundreds of thousands of homes and businesses" in the St. Louis region.

“With winter heating season less than one month away, customers who rely on the STL Pipeline need assurance that this critical infrastructure will continue to deliver a reliable and affordable energy supply,” the company said in a statement on Tuesday.

But the Environmental Defense Fund's lead counsel, Natalie Karas, said the stay is unnecessary because Spire already has approval through mid-December "and FERC is poised to issue another temporary certificate to keep the pipeline operational through the winter to ensure reliable service to St. Louis customers.”

The pipeline runs for 65 miles (105 kilometers), from Scott County, Illinois, to near St. Louis, where it connects with a national network. FERC granted approval in 2018.

Spire has called it vital for providing “reliable and critical energy access to 650,000 homes and businesses throughout the St. Louis region.” But the EDF contended in a lawsuit that the pipeline harms land in its path, and that taxpayers will foot the bill for decades to come.

In June, a three-judge panel of the U.S. Court of Appeals for the District of Columbia Circuit ruled that FERC “failed to adequately balance public benefits and adverse impacts” in approving the pipeline. The panel also wrote that evidence showed the pipeline “is not being built to serve increasing load demand and that there is no indication the new pipeline will lead to cost savings.”

Spire cited a severe cold spell last winter as evidence of the pipeline's value. While other areas struggled with lack of supply and high natural gas costs in February, “the STL Pipeline ensured the St. Louis region had access to reliable, affordable energy, when it needed it most," the company said in a statement.