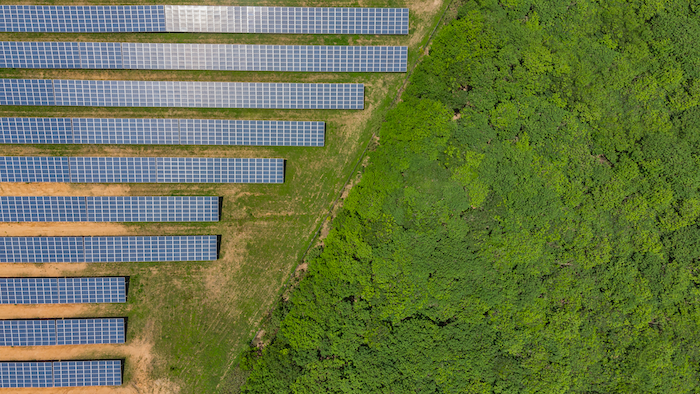 RICHMOND, Va. (AP) — A global conservation nonprofit and Virginia's largest electricity utility announced plans Monday to develop what they say will be a large-scale solar project on former surface mines in the southwest Virginia coalfields.

Dominion Energy Virginia plans to repurpose about 1,200 acres (486 hectares) of the former Red Onion surface mine and surrounding properties for the 50-megawatt Highlands Solar project in Wise and Dickenson County, the company said in a news release with its project partner, The Nature Conservancy.

The project will be developed within The Nature Conservancy's Cumberland Forest Project, a land conservation initiative launched in 2019, and adjacent areas.

Brad Kreps, director of The Nature Conservancy’s Clinch Valley Program, said in a statement the hope is the project will develop a model that can be replicated in other coal mining regions across the U.S.

Construction would tentatively begin in 2024 or 2025, subject to review and approval from state regulators.

The Nature Conservancy announced a similar initiative two months ago with two solar energy firms. Taken together, the utility-scale solar projects within the Cumberland Forest Project will cover nearly 1,700 acres (688 hectares) and generate an estimated 120 megawatts of solar energy, according to the news release.

Southwest Virginia has long been in search of economic development opportunities to boost the region facing population loss and a steep decline in coal mining jobs. Solar energy, though more expensive to develop in remote, mountainous areas, has been seen as one possibility.

“Southwest Virginia has long been an energy leader, and the pursuit of solar projects on former mined lands represents an exciting new chapter and important opportunity for the region’s economic diversification," Virginia Secretary of Commerce and Trade Brian Ball said in a statement.

The project would also bring an unspecified increase in local tax revenues, the companies said.

Dominion Energy Virginia faces a 2045 deadline under sweeping clean energy legislation passed in 2020 to produce 100% of its electricity from carbon-free sources. Consumer advocates have warned customers will be looking at significant rate increases under the legislation.