Experts worked to restore operations at Poland’s biggest power plant after a network failure switched off 10 of the plant’s 11 units. 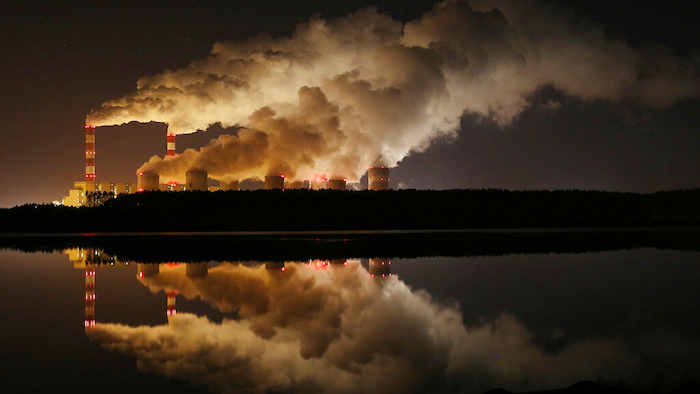 Poland needed emergency energy imports from Germany, Sweden, The Czech Republic and Slovakia to fill in for the suddenly missing power.

The outage at Belchatow was felt across Europe’s continent-wide network of power grids. Operators recorded a sudden drop in mains frequency from the standard 50 Hz to about 49.85 Hz around 14:34 GMT Monday. That was a major deviation that other power supply companies had to scramble to compensate for to prevent consumers from feeling the change.

Officials said the outage occurred due to the failure of a power station where 10 of Belchatow’s units are connected. The largest, 11th unit, is connected to a different power station and was not affected.

Poland’s chief energy distributor, PGE, said Tuesday that work had been restored in eight of the units but that restarting them after a total cut was a big challenge. It was a second major outage since 2015 at Belchatow, which provides up to 20% of the energy in Poland.

“As the system’s operator, we have the required reserves and we can always use imports” within the European energy network, Jarosz-Dziekanowska said.

The outage underscored the need for a faster diversification of Poland’s energy sources, where 65% of power comes from black coal and lignite, mostly from its own deposits.

Climate-friendly renewable energy in Poland accounts for some 18% of the mix and is chiefly represented by solar and wind power. Poland plans to have nuclear power around 2035, but experts say the plan is unrealistic as no location or technology partners have been chosen yet.

Defenders of CO2-generating coal-fired power plants say they are still needed to maintain reliable energy supplies as demand rises — and claim that renewable power sources like wind and solar can't do that because they are too linked to changing weather conditions and are still underdeveloped in Poland.

According to energy expert Bartlomiej Sawicki, Poland could have problems with its power supplies after 2025, when some coal-powered units need to be closed due to their age.

Belchatow, in central Poland, combines Europe's largest lignite mine and Poland's largest power plant. With total power of some 5.3 GW, it supplies energy to some 11.5 million households.

It was previously taken off the grid in 2015, when a massive heat wave and unprecedented demand for cooling power led to a failure of operations.