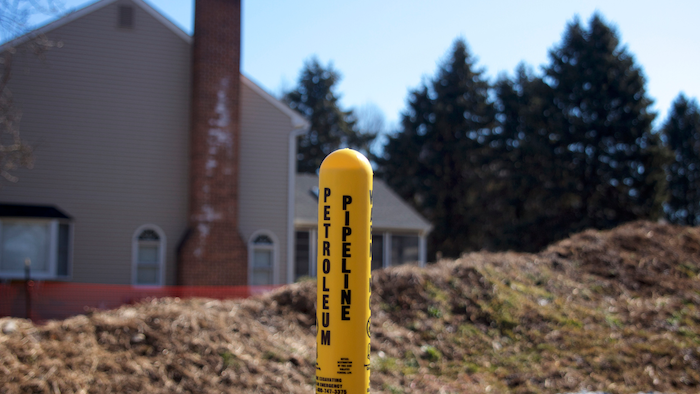 HARRISBURG, Pa. (AP) — Pennsylvania's highest court has delivered a victory for natural gas exploration firms, ruling that the state attorney general's office doesn't have authority under state law to sue them on consumer protection grounds over their mineral rights-leasing practices.

The lawsuit by the attorney general's office included an antitrust action under state law, and had attracted the close attention of major business groups in Pennsylvania, the nation's No. 2 gas-producing state thanks to a decade of drilling in the prolific Marcellus Shale reservoir.

But the state Supreme Court, in a 6-1 decision late Wednesday, overturned lower court decisions and agreed with Texas-based Anadarko Petroleum Corp. that state consumer protection law does not allow sellers to take action against buyers.

As a result, the court declined to rule on whether the attorney general’s office has the legal authority to pursue an antitrust action under the law.

Jackie Root, the membership director for the Pennsylvania Oil and Gas Landowner Alliance, called the decision the “nail in the coffin” in efforts to protect an estimated 200,000-plus lease-owners from predatory practices of natural gas companies.

“It’s big business," Root said. “They have the advantage and regardless of who is the buyer and seller. The landowner is the little guy, the one who is disadvantaged in the transaction.”

The office of Attorney General Josh Shapiro, a Democrat, said it still can press an antitrust claim in a county court that was not part of the appeal and will ask state lawmakers to update Pennsylvania laws “to better protect those misled by corporations like this one.”

The attorney general's office sued in 2015, accusing Anadarko and Chesapeake Energy Corp. of Oklahoma City of eliminating competition and shortchanging landowners of signing bonuses and royalties by divvying up counties in northern Pennsylvania in which to lease mineral rights.

The office also accused the companies of deceiving landowners in a slew of ways to get them to sign a lease and to minimize how much they were paid in royalties.

But Anadarko had argued that it was not a seller of services and not subject to action under state consumer protection law. The companies were buying mineral rights in land leases, not selling, they contended.

Three oil and gas trade associations backed up Anadarko, writing in a joint court brief that applying the state's consumer protection laws to their leasing transactions “will introduce a great deal of uncertainty and complication."

Lawmakers had had the chance to insert consumer protection provisions into laws regulating oil and gas leasing, but did not, they wrote.

Occidental Petroleum Corp. bought Anadarko in 2019 and declined comment Thursday. Anadarko announced in late 2016 that it was selling its assets in the Marcellus Shale reservoir.

Chesapeake's appeal was dropped from the case last year when it filed for federal bankruptcy protection. It remains one of the most active companies drilling in Pennsylvania's Marcellus Shale, however.

A lower court decision in the Anadarko case spawned an effort in 2019 by the attorney general's office to define, through regulation, what sort of business practices amount to unfair competition or acts under state consumer protection law.

It has received support from consumer groups and broad pushback from business associations, accusing the attorney general's office of trying to create antitrust law without any approval by state lawmakers.

Prospects for action in Pennsylvania's Republican-controlled Legislature are iffy.

The Legislature for years has not acted on proposals to create antitrust law and, for a decade, has rebuffed attempts by leaseholders to prevent natural gas companies from deducting costs before paying royalties.