State officials estimated the death toll from the near-week of outages at 57, but that is likely a wide undercount. 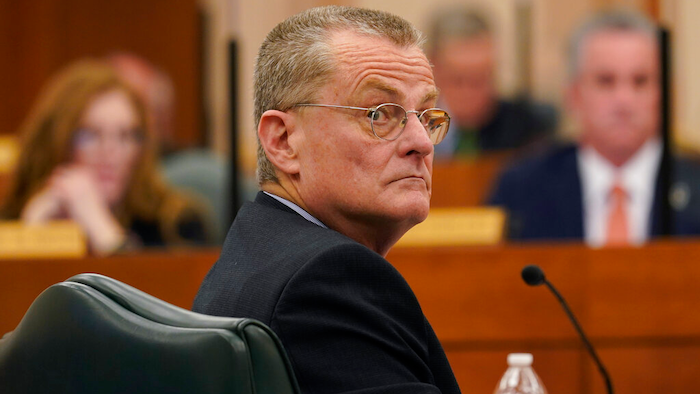 A House Energy subcommittee hearing Wednesday provided little new insight into the crisis, however, and often turned into a debate about the relative merits of fossil fuels and renewables.

Democrats on the panel said climate change is making such extreme weather events more common, and they argued for more renewable energy. Republicans said coal, natural gas and nuclear energy are more reliable than wind and solar and must remain a major part of the mix.

Renewables make up a growing share of the power supply in Texas. The head of a national electric-industry group said natural gas is vital as a bridge to a lower-carbon grid and for picking up slack when weather reduces output from wind and solar energy.

“As a critical balancing resource, gas is the fuel that keeps the lights on,” said John Robb, president of the North American Electric Reliability Corporation.

After outages in February 2011, Robb’s group recommended that Texas power plants needed better protection against winter storms. Those upgrades weren’t made, and Robb said Wednesday that the natural gas system needs to be better prepared. His group is conducting its own review of last month’s outages.

Bill Magness, the outgoing CEO of the grid operator, the Electric Reliability Council of Texas, commonly known as ERCOT, said power from all types of energy dropped during the storm, including natural gas. Christi Craddick, chair of the Texas Railroad Commission, which regulates the state’s energy industry, defended gas producers and said wells shut down because they lost electricity.

Houston Mayor Sylvester Turner said the Texas grid was designed for peak summer heat, and policymakers wrongly believed that the 2011 severe winter storm was an anomaly. Turner said state leaders assumed that a pricing system that rewards power companies for generating when electricity is in high demand would compel those companies to be ready for the next big winter storm.

“That did not happen,” he said. “There was not enough supply."

For nearly a week in mid-February, most of the state experienced subfreezing temperatures. Millions of Texans lost power and heat. When pipes burst and water systems shut down, Texans were told to boil water for drinking — if they still had a way to boil water.

An early count by state officials puts the death toll from the week at 57, but that is likely a wide undercount. Some of the largest counties, including Bexar, where San Antonio is located, and Travis, home to Austin, have not reported figures yet.

Magness repeated what he has already told the Texas Legislature: At its peak the storm took out nearly half the grid’s power-generating capacity, and ERCOT had no choice but to order rolling outages to prevent long-lasting damage to electric infrastructure. That kind of blackout might have taken weeks to repair, he said.