The world's largest nuclear power plant has serious holes in its anti-terrorism measures. 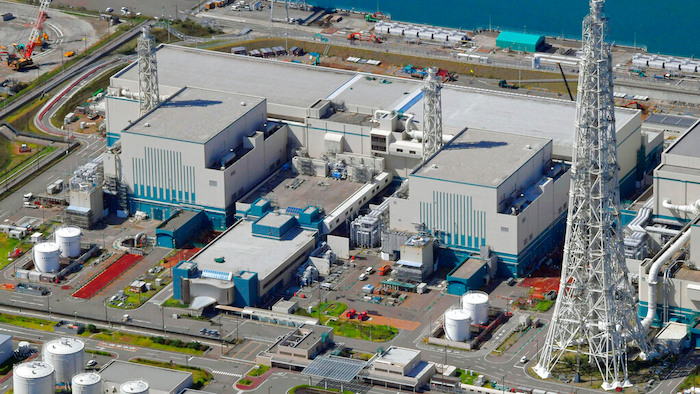 TOKYO (AP) — Japanese nuclear regulators said Wednesday that the world's largest nuclear power plant, owned by the utility behind the Fukushima nuclear crisis, will not restart anytime soon due to serious holes in the anti-terrorism measures found at the facility.

The Nuclear Regulation Authority at its weekly meeting decided to suspend further safety inspection and other processes for a restart of the No. 7 reactor at the Kashiwazaki-Kariwa nuclear power plant on the northern Japanese coast in Niigata prefecture. The plant is owned by the Tokyo Electric Power Co.

Regulators recently found malfunctioning equipment for anti-terrorism measures and nuclear materials protection at multiple locations at the plant dating back at least until last March, according to the authority's chairman, Toyoshi Fuketa. He said officials are also investigating the security measure before that.

Fuketa, summoned to a parliamentary session Wednesday, said any step leading to a reactor restart at the plant will be suspended “for at least one year or even longer."

The authority provisionally gave the plant's nuclear security a “red” status, the worst out of four potential ratings, meaning its organizational management had deteriorated to levels that could allow intruders.

The case has raised question if TEPCO has learned any lessons from the 2011 Fukushima disaster, which was spawned by a massive earthquake and tsunami but its full impact largely attributed to the utility's lack of safety culture.

Critics say the plant requires higher security because its located on the coast facing North Korea.

The plant was partially damaged in a 2007 earthquake, causing mistrust among local municipalities. The plant has been offline since 2012. Of the 54 nuclear reactors Japan used to have, nine have restarted under post-Fukushima safety standards and four of them are currently operating.

Wednesday's decision comes as TEPCO was making final preparations toward restarting the plant after regulators granted safety approval for its No. 6 and No. 7 reactors in 2017.

TEPCO acknowledged in January that there was an unauthorized use of an identification card by a worker to enter sensitive areas at the Kashiwazaki-Kariwa plant last September, along with several necessary key safety measures that remained incomplete.

TEPCO's president, Tomoaki Kobayakawa, also summoned to parliament on Wednesday, apologized over the problem and for causing safety concerns to the public.

Restarting of the two reactors at the Kashiwazaki-Kariwa plant is considered crucial for TEPCO to reduce its financial burden to pay for the damages caused by the Fukushima disaster.