Turkey's president said the plant would launch the nation into the "league of nuclear energy countries." 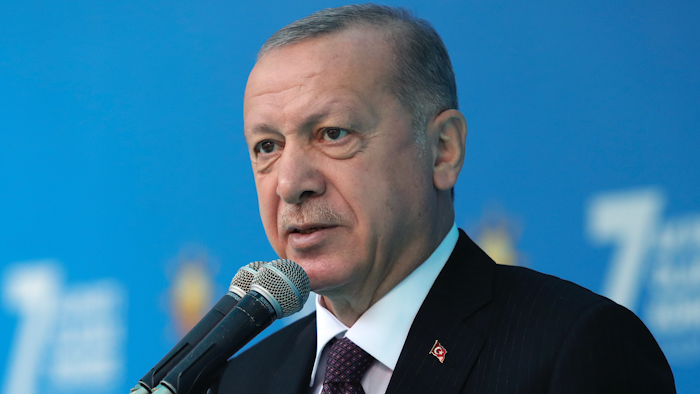 ISTANBUL (AP) — The presidents of Turkey and Russia remotely inaugurated the construction of a third nuclear reactor at the Akkuyu power plant in southern Turkey Wednesday, vowing to continue their close cooperation.

Turkish President Recep Tayyip Erdogan said the plant would launch Turkey into the "league of nuclear energy countries” and called it a “symbol of Turkish-Russian cooperation.”

Russia is building Turkey’s first nuclear power plant on the Mediterranean coast in Mersin province. The two countries signed a cooperation agreement in 2010 and began construction in 2018.

Erdogan said the first reactor would become operational in 2023, to coincide with the centennial of the modern Turkish state. A total of four reactors are planned.

“We have had the opportunity to see the results of Turkish-Russian dialogue in many fields, including in Libya, in Nagorno-Karabakh, in Syria,” Erdogan said. The two countries back opposing sides in these conflicts.

Erdogan and Russian President Vladimir Putin spoke at the event via video-conference Wednesday.