Gov. Mark Gordon said the state will push back against regulations that hinder development of fossil fuels. 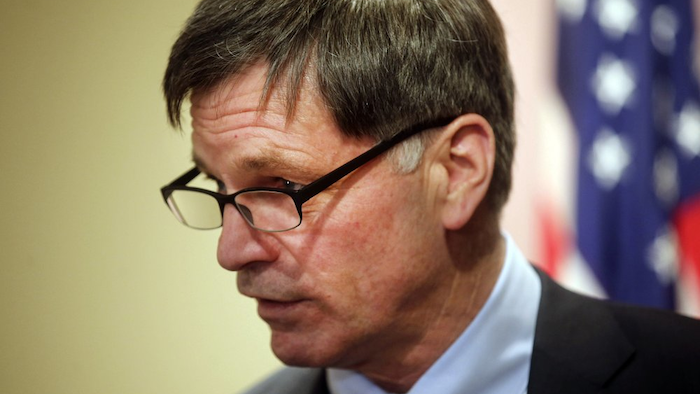 CHEYENNE, Wyo. (AP) — Wyoming will push back against any federal regulations brought by the Biden administration that hinder development of fossil fuels and other resources, Gov. Mark Gordon told state lawmakers kicking off their annual session Tuesday.

“There is good reason to be concerned the actions of the next administration will further dampen the economic outlook for energy here in Wyoming,” Gordon said in a video address.

President-elect Joe Biden's transition officials have signaled that efforts under President Donald Trump to reduce “obstructionist, counterproductive regulation” could be in peril, Gordon said in the half-hour speech.

“On the other hand, we’re hopeful the next administration recognizes that energy indepdendence and domestic production of vital resources are central to our nation’s security and prosperity,” added Gordon, a Republican.

Gordon spoke to lawmakers a couple hours after they met virtually for an afternoon to begin a general session made unusual by the pandemic.

Roughly half of the Legislature took part through online video from their desks in the House and Senate chambers in the Capitol. The rest took part online from elsewhere, much as they did for a virtual, special session last spring to allocate federal funding to address the coronavirus.

After adjourning, legislators plan to reconvene in an eight-day virtual session starting Jan. 27, then for a three-week session in March that will take place in person in Cheyenne if the virus isn't too widespread.

Gordon described distribution of coronavirus vaccine and tapering off of a winter surge in cases as a light at the end of a tunnel for the state.

He highlighted successes in getting through the past year including record tourism in Yellowstone National Park and state parks, record trends in hunting and fishing participation and use of federal coronavirus relief funding to plug abandoned oil and gas wells.

Wyoming delivered nearly all of $1.25 billion allocated to it through the federal Coronavirus Aid, Relief and Economic Security Act, more per person than any other state, Gordon noted.

Yet the state's energy industry suffered as the virus and global economic slump reduced travel and demand for oil.

Wyoming will continue to fight Washington state in a potential U.S. Supreme Court case contesting rejection of a permit for a proposed dock to export Wyoming coal across the Pacific Ocean, Gordon said.

The state will also continue to advocate for evelopment of technology to capture the greenhouse gas carbon dioxide from coal-fired power plants, Gordon said.

“Wyoming has responsibly led the way for a new energy horizon, one which values all sources of energy from nuclear, oil, gas and coal to renewables like wind and solar,” Gordon said.

Besides being among the top onshore oil- and gas-producing states, Wyoming is the top coal- and uranium-mining state.

“Our position remains unchanged. We will always defend our state and protect her interests through every legal, political, business and technology option we have available to us,” Gordon said.

The fossil-fuel downturn continues to leave lawmakers with the task of cutting spending since they've been largely unwilling to raise taxes or other sources of state revenue.

Since last spring, Gordon has slashed state agency spending 10%. He now proposes a supplemental budget that with the Legislature's approval would cut agency spending another 5%.

“Make no mistake, this budget is a hard one. I’ve already had to make deeper cuts than any other governor,” Gordon said.

Security at the Capitol was tight after the Jan. 6 uprising at the U.S. Capitol that left five dead. Wyoming Highway Patrol troopers had set up a security checkpoint at the main entrance, searching bags and scanning people with handheld metal detectors.

Usually no more than a few troopers patrol the Capitol but on Tuesday troopers were seldom if ever out of sight in the building's main chambers and hallways. Security appeared tighter than at any time in at least 20 years, including after the Sept. 11, 2001, terrorist attacks.

Few legislators on the House and Senate floors wore masks to guard against the virus and spectator compliance with a statewide mask order was about 50-50.

Gordon usually gives a state of the state address at the outset of the legislative session. He plans to deliver one for the March session.

A "severe abnormal disturbance" prompted the automatic shutdown of a reactor.
Dec 11th, 2020 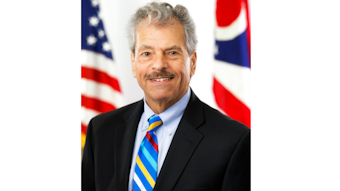 Governor Was Warned of Would-be Regulator's Ties to Utility

Samuel Randazzo had deep business ties with the state’s largest electric utility and had long been hostile to the development of wind and solar power.
Dec 10th, 2020
Follow Us
Most Recent