Nuclear safety standards were tightened and reactors were reexamined after the 2011 Fukushima disaster. 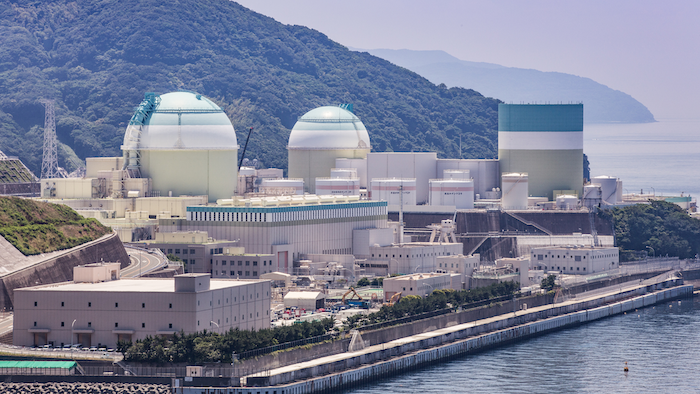 TOKYO (AP) — A Japanese court on Friday revoked the operating permits of two nuclear reactors for having inadequate earthquake safeguards, a ruling that challenges safety assessments conducted by the nuclear regulator and could influence the outcome of other court cases.

The Osaka District Court revoked the permits of the No. 3 and No. 4 reactors at the Ohi nuclear power plant in Fukui in western Japan.

Japan's Nuclear Regulation Authority had approved the restart of the two Ohi reactors, run by Kansai Electric Power Co., in 2017 and granted them operating permits. Nuclear safety standards were tightened and reactors were reexamined after the 2011 Fukushima nuclear disaster, which highlighted what investigators termed lax oversight and a lack of a safety culture.

In its ruling, the court upheld demands by about 130 plaintiffs that the two reactors be shut down because of insufficient resistance to major earthquakes.

The court said the regulatory authority gave permission to the utility to restart the reactors without fully taking into consideration the magnitude of earthquakes in calculating the necessary quake resistance at the plant, according to the summary of the ruling released by the plaintiffs' lawyers.

The ruling said the safety screening process was illegal because it included “errors and shortcomings that should not be overlooked," according to the court documents.

Some of the plaintiffs displayed banners saying “Victory" after the ruling and demanded that earthquake safety be reviewed at all nuclear plants.

“This applies to any nuclear plant in Japan,” Hideyuki Koyama, representing the plaintiffs, said at a news conference.

Katsuhiko Kabuki, a lawyer for the plaintiffs, said the ruling could have a large impact on nuclear safety across the country.

Economy and industry minister Hiroshi Kajiyama told reporters that the government would respond appropriately after examining the ruling. The Nuclear Regulation Authority issued a similar statement.

“The ruling is extremely regrettable and absolutely unacceptable,” Kansai Electric said in a statement. “We will study details of the ruling and take appropriate action after cooperating expeditiously with the government."

The two reactors are currently offline for regular maintenance and safety checks.