The project would have made it Sweden's biggest emitter of greenhouse gases. 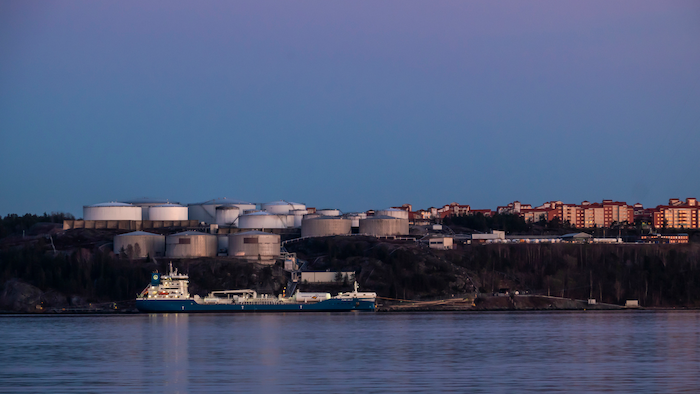 STOCKHOLM (AP) — Sweden’s largest fuel company said Monday that it has decided to stop a planned oil refinery expansion that would have made it the country’s biggest emitter of greenhouse gases and was increasingly becoming a hot potato issue for Prime Minister Stefan Lofven's minority government.

Preem said that “the COVID-19 crisis and its effects on the world economy have contributed to the project no longer being commercially sustainable.”

Preem CEO Magnus Heimburg said in a statement that it was "a commercial decision based on a balancing of the project’s profitability and technical feasibility." He added that "the economic downturn and declining demand for fuel have put pressure on the global refinery industry, including Preem."

The Swedish government has promised to lower greenhouse gas emissions, but also to create more jobs. It had been due to decide whether to allow the expansion of the refinery in Lysekil, in southwestern Sweden, which is already the country's largest. No date had been set for the decision.

Sweden’s Green Party, part of the two-party governing coalition with Lofven's Social Democrats, was against the expansion. A Swedish court in June had given permission for the project, saying it adhered to European Union rules.

Environmental groups called the plan “a threat to people’s health, the environment and our future.” It was also opposed by Swedish activist Greta Thunberg, whose protests outside parliament helped inspire a global youth movement for climate protection.

“What a huge victory for the climate and environmental movement,” Thunberg tweeted.

Preem, whose parent company Corral Petroleum Holdings AB is owned by Saudi billionaire Mohammed Al Amoudi, had said the additional capacity would have been used to make biodiesel and wouldn't mean more crude oil being processed at the plant.