The city is the first in the American South to attempt to hold major oil companies accountable for the “daunting” costs of climate change. 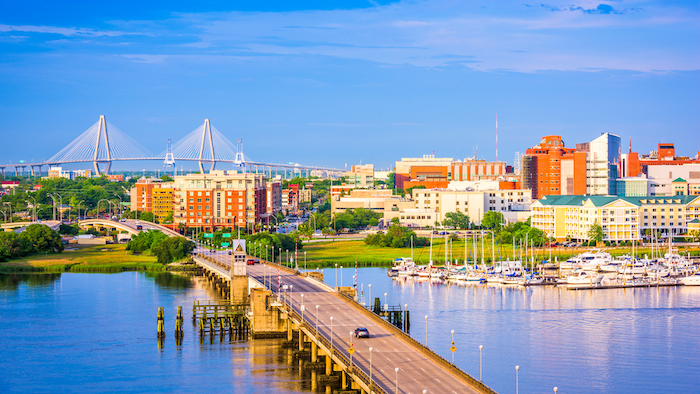 COLUMBIA, S.C. (AP) — Charleston is now the first city in the American South to sue major oil companies in an attempt to hold them accountable for the “daunting” costs of climate change, city officials announced Wednesday.

The 24 defendants in the city’s lawsuit in state court include multinational corporations BP, Chevron, ConocoPhillips, Exxon Mobil and Royal Dutch Shell, as well as regional companies. The suit alleges these companies lied to the public by concealing the threats fossil fuels pose to the planet.

Charleston joins several other U.S. municipalities in efforts to extract money from the fossil fuel companies to pay for adaptation measures, though some have faced an uphill battle from skeptical judges in recent years.

“As this lawsuit shows, these companies have known for more than 50 years that their products were going to cause the worst flooding the world has seen since Noah built the Ark,” Mayor John Tecklenburg said in a statement Wednesday.

“And instead of warning us, they covered up the truth and turned our flooding problems into their profits," Tecklenburg said. "That was wrong, and this lawsuit is all about holding them accountable for that multi-decade campaign of deception.”

In response to the suit, Exxon Mobil spokesperson Casey Norton said the city's claims were baseless and without merit: “Legal proceedings like this waste millions of dollars of taxpayer money and do nothing to advance meaningful actions that reduce the risks of climate change."

Charleston sits on a peninsula at the confluence of three rivers, some of it built on filled-in marshes and creeks. The low-lying city has seen more frequent flood events over time, from about four days a year 50 years ago to nearly 89 days a year as of 2019, the suit states.

In addition to flooding and erosion along the city's coast, residents will also see more frequent and more severe extreme events including hurricanes, drought and heatwaves as a result of the oil companies' actions, the suit notes.

At a news conference Wednesday, standing in front of employees working to elevate an aging seawall, Tecklenberg projected the city could need "hundreds of millions, or billions" of dollars to address these environmental changes.

The lawsuit comes days ahead of the third anniversary in Charleston of Hurricane Irma, which caused the third-highest recorded tidal surge in the city at nearly 10 feet (3 meters).