A Key to Cheaper Renewable Fuels 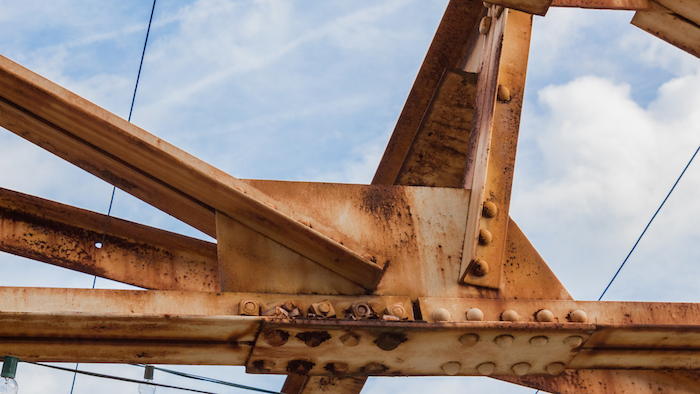 The researchers have determined how to keep iron from rusting in important chemical reactions that are needed to convert plant materials to fuels, meaning that the cheap and readily available element could be used for cost-effective biofuels conversion.

Led by Yong Wang, Voiland Distinguished Professor in the Gene and Linda Voiland School of Chemical Engineering and Bioengineering, and Shuai Wang from the State Key Laboratory for Physical Chemistry of Solid Surfaces at Xiamen University, the researchers report on their work on the cover of the July issue of ACS Catalysis.

Researchers have been trying to find more efficient ways to create fuels and chemicals from renewable plant-based resources, such as from algae, crop waste, or forest residuals. But, these bio-based fuels tend to be more expensive with less energy density than fossil fuels.

One big hurdle in using plant-based feedstocks for fuel is that oxygen has to be removed from them before they can be used.

"You want to use the cheapest catalyst to remove the oxygen," said Jean-Sabin McEwen, a co-author on the paper and associate professor in the Gene and Linda Voiland School of Chemical Engineering and Bioengineering.  "Iron is a good choice because it's super abundant."

Iron-based catalysts show great promise for being able to remove oxygen, but because the plant materials also contain oxygen, the iron oxidizes, or rusts, during the reaction, and then the reaction stops working. The trick is to get the iron to remove the oxygen from the plants without taking up so much oxygen that the reaction stops.

In their work, the researchers anchored their iron catalyst with a carbon structure that was modified to incorporate nitrogen. The structure modifies the properties of the iron, so that it interacts less with oxygen while it continues to do the required work of removing oxygen from the plant material. The researchers used the nitrogen as a sort of control dial to tune the iron's interaction with oxygen.

In another recently published paper in Chemical Science led by Yong Wang and Junming Sun, a research assistant professor in the Gene and Linda Voiland School of Chemical Engineering and Bioengineering,  the researchers discovered a durable iron-based catalyst with a thin carbon graphene layer around it. The graphene layer protected the iron while cesium ions allowed the researchers to tailor its electronic properties for the desired reaction.

"We dialed down the oxygen reaction," Sun said. "By protecting iron and tuning its properties, these works provide the scientific basis for using earth abundant and cost-effective iron as catalysts for biomass conversion."

The researchers are now working to better understand the chemistry of the reactions, so they can further increase the reactivity of the iron catalysts. They also will need to try their catalysts with real feedstocks instead of the model compounds used for the study. The feedstocks collected from farm fields will be more complicated in their compositions with a lot of impurities, and the researchers would also have to integrate their catalyst into a series of steps that are used in the conversion process.

"We are trying to make the conversion as economically as possible," Wang said.  "The key is trying to find robust catalysts based on low-cost, earth abundant elements. This is a first step in that direction."