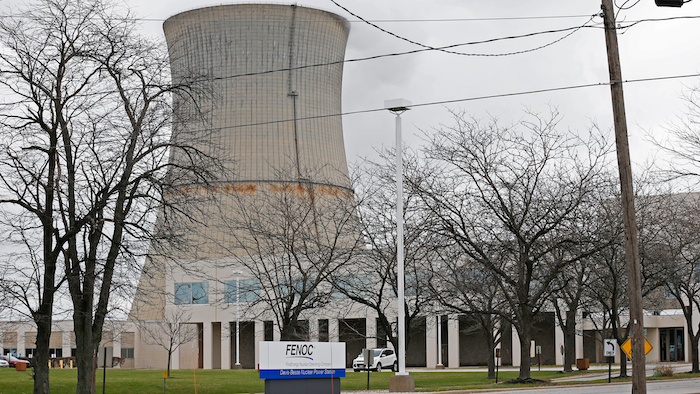 COLUMBUS, Ohio (AP) — Ohio's top lawyer has asked a federal court to temporarily halt payouts in a bankruptcy case involving the two nuclear plants caught up in a $60 million bribery and corruption probe.

In a filing Monday, Republican Attorney General Dave Yost said the arrests of then-Ohio House Speaker Larry Householder and four associates in an alleged pay-to-play scheme surrounding a bill that bailed out the Energy Harbor plants “raises concerns that the Debtor may not have entered into the bankruptcy with clean hands.”

Energy Harbor is the former FirstEnergy Solutions, a one-time subsidiary of FirstEnergy Corp. The sub-company filed for Chapter 11 bankruptcy in 2018, amid a mounting debt load exacerbated by the rise of competition from natural gas power in the East and Midwest.

In a separate filing Monday, FirstEnergy made clear it is the government's “Company A,” accused of helping underwrite a Householder-led scheme to seize back power last year in the House and using it to force passage of the bailout bill, House Bill 6.

“We are unable to predict the outcome, duration, scope, result or related costs of the investigation and related litigation and, therefore, any of these risks could impact us significantly beyond expectations," according to FirstEnergy's quarterly report. "Moreover, we are unable to predict the potential for any additional investigations, litigation or regulatory actions, any of which could exacerbate these risks or expose us to potential criminal or civil liabilities, sanctions or other remedial measures.”

The federal criminal complaint refers to Energy Harbor as “Company A-1.”