A Step Toward Room Temperature Superconductivity 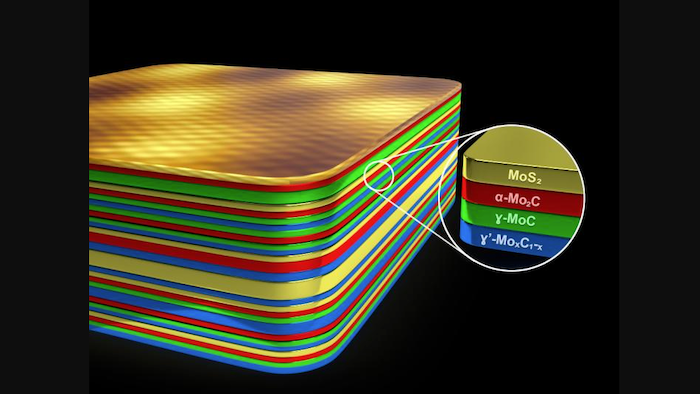 The possibility of achieving room temperature superconductivity took a tiny step forward with a recent discovery by a team of Penn State physicists and materials scientists.

"Superconductivity occurs at very low temperatures, close to absolute zero or 0 Kelvin," said Mauricio Terrones, corresponding author on a paper in Proceedings of the National Academy of Sciences published this week. "The alpha phase of Moly carbide is superconducting at 4 Kelvin."

The team used modeling techniques to understand how the effect occurred experimentally.

"Calculations using quantum mechanics as implemented within density functional theory assisted in the interpretation of experimental measurements to determine the structure of the buried molybdenum carbide/molybdenum sulfide interfaces," said Susan Sinnott, professor of materials science and engineering and head of the department. "This work is a nice example of the way in which materials synthesis, characterization and modeling can come together to advance the discovery of new material systems with unique properties."

According to Terrones, "It's a fundamental discovery, but not one anyone believed would work. We are observing a phenomenon that to the best of our knowledge has never been observed before."

The team will continue experimenting with superconductive materials with the goal of someday finding materials combinations that can carry energy through the grid with zero resistance.