It's the latest move by the Trump administration to prop up the ailing industry. 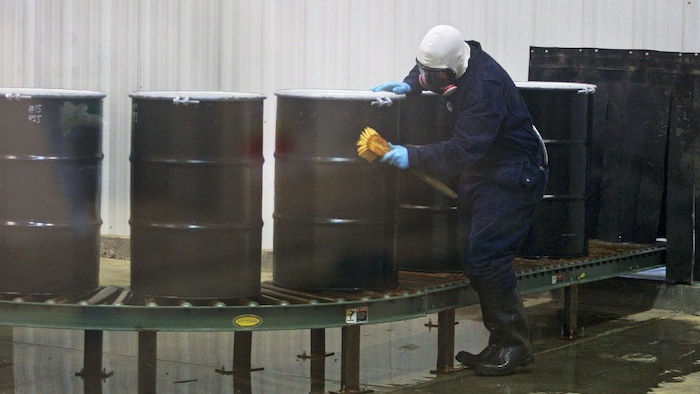 The commission has agreements with 39 states, including one with Wyoming since 2018, giving those states primary oversight of uranium mining.

As a result, the new agreement between the EPA and NRC in effect ensures that oversight of groundwater contamination at all but one U.S. uranium mine will continue to be largely the responsibility of the Wyoming Department of Environmental Quality.

The EPA under President Barack Obama had been poised to take over that role from the NRC, a proposal rescinded under Trump.

“It's not necessarily that we're transferring authority to the NRC, it's that we're recognizing the authority that the NRC has had for a number of years,” EPA Administrator Andrew Wheeler said at a news conference after signing the agreement in Cheyenne. "We were encroaching upon the NRC's authority, I believe, through the Obama proposed regulation.”

“The ‘environmental protection’ part of their name generally means they are the agency responsible for setting health and safety standards and for really thinking about things like, what does it mean to protect our air quality and our groundwater quality?” Anderson said.

The agreement follows a 76% decline in U.S. uranium production from 2018 to 2019. Global prices have kept mostly low since the 2011 Fukushima nuclear disaster in Japan. But the Trump administration, with encouragement from Republican U.S. Sen. John Barrasso of Wyoming, has been eager to come to the domestic uranium industry's rescue.

“The Trump administration is limiting unnecessary regulations and making it easier for American companies to do business. Nuclear power is clean and reliable. It provides carbon free energy and creates good paying jobs. This agreement will help preserve Wyoming’s uranium industry," Barrasso said in an EPA release.

In February, the administration asked Congress for $1.5 billion over 10 years to create a new national stockpile of U.S.-mined uranium. A reliable supply of uranium is critical to U.S. energy security, proponents say.

The vast majority of U.S. uranium production comes from in-situ mines, where a solution able to dissolve uranium out of sandstone is pumped underground. Uranium-bearing groundwater is then pumped back to the surface.

Five of the six currently active U.S. uranium mines are in-situ mines located entirely or partly in Wyoming; one in-situ mine is on the Nebraska-Wyoming line.

The in-situ mines have a long record of spilling millions of gallons (liters) of water tainted with varying levels of uranium that sometimes far exceed drinking water standards. The water typically soaks into the ground before it can be cleaned up.

The EPA under Obama began a process to require uranium mining companies to study groundwater before mining begins, clean up groundwater at closed in-situ mines and monitor the groundwater for contamination for 30 years. The industry and its supporters called the proposal unnecessary.

“EPA has the legal authority – and the duty – to ensure that the uranium industry restores aquifers after it’s done mining," Natural Resources Defense Council attorney Geoff Fettus said in a statement. “It appears EPA is more focused on protecting a polluting industry than it is on protecting people and our precious water supplies.”