The series of natural gas explosions killed one person and damaged dozens of homes. 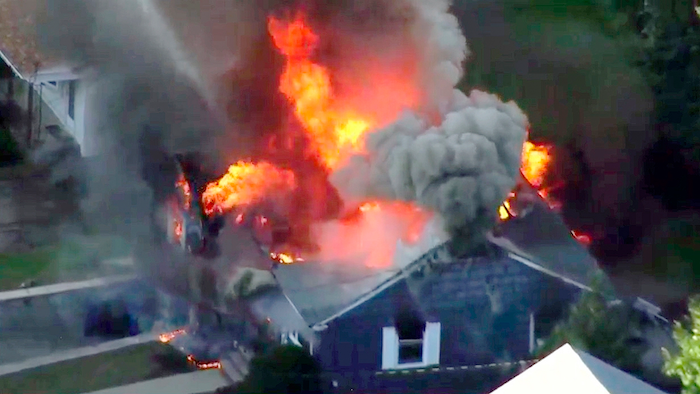 In this image taken from video provided by WCVB in Boston, flames consume a home of Lawrence, Mass., Sept. 13, 2018.
WCVB via AP, File

BOSTON (AP) — A utility company was ordered Tuesday to pay a $53 million criminal fine for causing a series of natural gas explosions in Massachusetts that killed one person and damaged dozens of homes.

Columbia Gas of Massachusetts was sentenced more than three months after the company pleaded guilty in federal court to causing the blasts that rocked three communities north of Boston in September 2018.

As part of the plea agreement, Columbia Gas of Massachusetts will pay a $53 million fine for violating the Pipeline Safety Act. It’s the largest criminal fine ever imposed under the pipeline safety law.

The judge also sentenced the company to a three-year probation period during which its operations will be monitored to ensure its complying with safety regulations, authorities said.

Columbia Gas of Massachusetts has said it takes full responsibility for the disaster.

After the plea deal was announced in February, Eversource said it agreed to buy Columbia Gas of Massachusetts’ natural gas assets for $1.1 billion. Federal authorities said the three-year probation period will last until Columbia Gas is sold.

“We expect utility companies operating in our communities to do so safely and responsibly,” said U.S. Attorney Andrew Lelling said in an emailed statement. “Instead Columbia Gas acted with reckless disregard for safety by cutting corners and relying on lax protocols."

Leonel Rondon, 18, died when a chimney collapsed on his vehicle in the driveway of a friend’s home — hours after he had gotten his driver’s license. About two dozen others were injured, and dozens of buildings were damaged or destroyed.