Range Resources will pay $50,000 in fines and make $100,000 in charitable contributions to water groups. 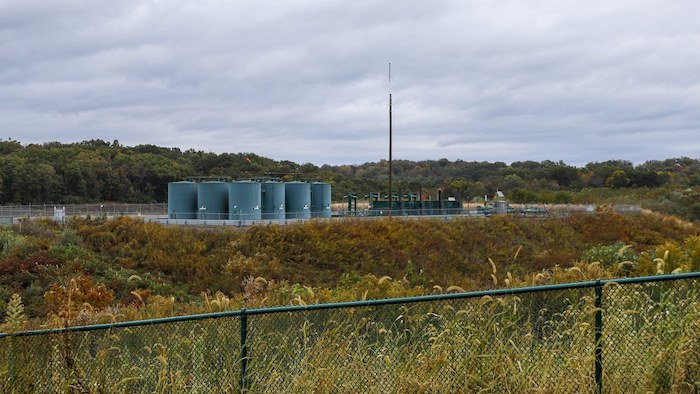 Range Resources Corp., Pennsylvania’s most active shale gas driller, has pleaded no contest to environmental crimes over its handling of contamination at a pair of well sites, the state attorney general’s office announced Friday.

The Fort Worth, Texas-based company pleaded no contest in Washington County Court to seven misdemeanor counts, including violations of the Solid Waste Management Act and illegal discharge of industrial wastes. As part of its plea, Range will pay $50,000 in fines and make $100,000 in charitable contributions to a pair of watershed groups.

The charges are the first to come out of a 2-year grand jury investigation into Pennsylvania’s huge Marcellus Shale gas industry. Attorney General Josh Shapiro suggested there will be more.

“This is just the beginning,” he said in a news release. “We are in the first stages of a long process to hold the well-connected accountable and meet the promise of our constitution to protect our environment for generations to come.”

The charges against Range involve wastewater leaks and discharges from the Yeager impoundment in Amwell Township and the Brownlee well pad in Buffalo Township, both in southwestern Pennsylvania.

At Yeager, persistent leaks at a wastewater storage pond and nearby pit contaminated residential water supplies and, some residents contend, made them sick, according to the grand jury, which accused Range of concealing the problems.

At the Brownlee pad, wastewater contaminated a creek and flowed onto a homeowner's property, requiring the removal of 100 trees and 12,000 square feet of soil, prosecutors said. “When the homeowner asked about the substance flowing onto his property, he was falsely told it was just ‘brinewater, saltwater,” according to the grand jury's report.

Range, which has drilled more than 1,500 unconventional gas wells in Pennsylvania, said it has taken responsibility for the contamination and has improved its operations.

“Range learned from these incidents and acknowledged that practices like our water storage needed improvement,” company spokesperson Mark Windle said in a news release. “Today, the company’s operational protocols and designs have vastly evolved and position Range as a leader in the industry.”

The company, which drilled the first successful well in the Marcellus Shale gas field in 2004, has had past run-ins with state government.

In 2015, environmental regulators under Gov. Tom Wolf pursued a record $8.9 million fine against Range after it failed to repair a gas well that contaminated groundwater and streams in north-central Pennsylvania. Range claimed the well in Lycoming County was not the source of the methane contamination. The Department of Environmental Protection rescinded the fine, but told Range in January that it must fix the well “once and for all."