The unusual action reflects the desperate conditions faced by the oil industry. 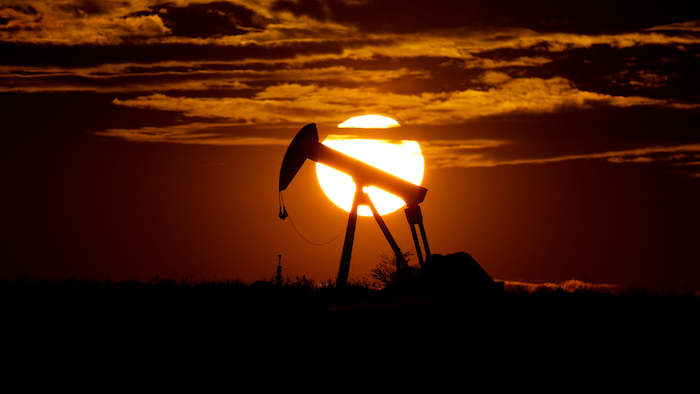 NEW YORK (AP) — As demand for fuel plummeted worldwide and the oil industry faced a devastating drop in oil prices, the U.S. took the rare move of stepping into negotiations involving the member countries of OPEC and non-members such as Russia and Mexico, an alliance called OPEC+.

President Donald Trump and a group of U.S. senators wielded political influence to push OPEC and its allies to agree over the weekend to cut production by nearly 10 million barrels per day — about 10% of current global output.

The unusual action by the U.S. — and the fact that the intervention worked — reflect the desperate conditions the oil industry found itself in due to the economic damage wrought by the coronavirus outbreak.

“There have been oil market crises, but nothing like this before,” said Dan Yergin, vice chairman of IHS Markit. “Even when the price collapsed in 1986 or 1988, demand actually went up. You’ve never had a 20 to 25% drop in demand just overnight. You've never had the world economy shut down overnight.”

Trump also knew what was at stake domestically — The U.S. is now the world's largest oil and gas producer.

“This historic action will help nearly 11 million American workers who are supported by the U.S. oil and gas industry,” Trump said during a coronavirus press briefing Monday.

How significant is the U.S. involvement?

American officials have gotten involved with OPEC in the past, making phone calls or attempting to sway a deal during international crises and unusual circumstances. The intervention has typically been in response to high prices; instead, in the current situation, oil prices dropped more than 60% since the start of the year.

“There is nothing new about a president phoning Riyadh to ask for help dealing with oil market disruptions, but the level of pressure and deep involvement of both sides of Pennsylvania Ave., not to mention the G20, along with the scale of the oil cuts on the table, is something rarely seen in OPEC history,” said Jason Bardoff, founding director of Columbia Unversity's Center on Global Energy Policy.

What exactly did the U.S. bring to the table?

Mexico stalled the negotiations by refusing to cut more than 100,000 barrels a day of production, when OPEC was asking for double or triple that amount. Trump said the U.S. would help by shouldering the cuts that Mexico was unwilling to make.

While Trump's promise to help Mexico may have seemed hollow — U.S. companies were already cutting production due to the low prices — Trump’s intervention on Mexico’s behalf sent a message that could have helped push the wary alliance into a deal.

“They had to agree to give something like a cover story, a diplomatic cover, so that the other parties in OPEC, who whether they liked it or not were going to have to accept these terms, would be able to do so without a loss of prestige,” said Kevin Book, managing director at Clearview Energy Partners.

Trump's statements also signaled that the U.S. views Mexico as an important partner in the integrated North American energy market, said Amy Myers Jaffe, senior fellow at the Council for Foreign Relations, who also saw it as an important policy move. “I think it will serve the president well on every count,” including border issues, she said.

Even more stark was a call between a dozen U.S. senators and high-ranking energy and defense officials Saturday. Sen. Dan Sullivan, R-Alaska, noted there is legislation drafted that would remove American forces, including Patriot Missile batteries, from Saudi Arabia.

“If they lose that group of senators you start to see veto override majorities on legislation that deals negatively with the Saudis," Sullivan told a small group of congressional reporters.

That was a very clear threat, Book said. “It’s not really a negotiation at all.” he added. “It’s a pretty dangerous neighborhood for the Saudis, and the U.S. plays a vital role in protecting them.”

Could forced production cuts work in the U.S.?

With state-run oil operations, OPEC nations can easily enact a cut or boost production. But the U.S. has thousands of independent oil producers, so coordinating and enforcing a production cut would be complicated, and experts say it's unlikely.

Some oil producers in Texas and Oklahoma are pushing for state-mandated production cuts, but the industry is split on the prospect. Right now, the producers with more costly production are most likely to suffer, and would be the first to file for bankruptcy or shut down existing wells, damaging oil fields. But a state-managed production cut “spreads out the pain uniformly," Book said.

“We’re not suggesting that Oklahoma can balance the market, we can’t do that,” said Mike Cantrell, owner of Cantrell Investments LLC, an oil and gas investment group based in Oklahoma. But statewide, production has declined about 20% this year, the equivalent of about 100,000 barrels a day — a cut similar to Mexico's. If sustained, “that would be a cut that would be a significant cut in the world scheme of things,” he said.

In Texas, commissioners will hold a meeting Tuesday on the topic.

Why didn't oil prices recover after the OPEC+ deal?

Despite the deal, U.S. benchmark crude was trading at about $22 a barrel Monday, well below what most producers need to financially survive. But that was still better than what some analysts had predicted — including a drop in the price to the single digits.

“A clock was ticking, for all the players, because by the end of April or early May...the world was going to run out of storage, and the price of oil was going to drop like a rock,” Yergin said.