Officials Plan the Largest Dam Demolition in US History 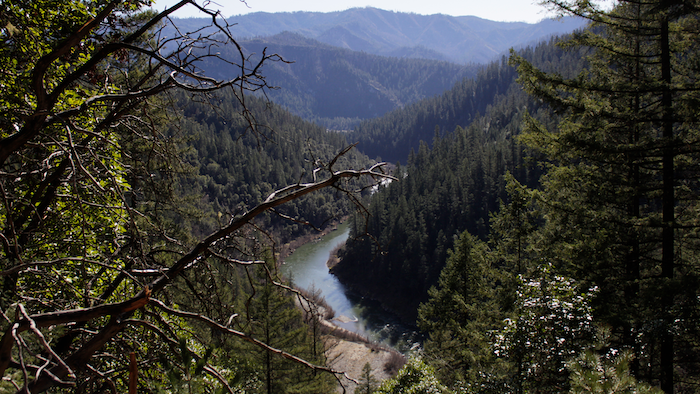 KLAMATH, Calif. (AP) — California's second-largest river has sustained Native American tribes with plentiful salmon for millennia, provided upstream farmers with irrigation water for generations and served as a haven for retirees who built dream homes along its banks.

With so many demands, the Klamath River has come to symbolize a larger struggle over the American West's increasingly precious water resources, and who has claim to them.

Now, plans to demolish four hydroelectric dams on the Klamath's lower reaches — the largest such demolition project in U.S. history — have placed those competing interests in stark relief. Tribes, farmers, homeowners and conservationists all have a stake in the dams' fate.

“We are saving salmon country, and we’re doing it through reclaiming the West," said Amy Cordalis, a Yurok tribal attorney fighting for dam removal.

The project, estimated at nearly $450 million, would reshape the Klamath River and empty giant reservoirs, and could revive plummeting salmon populations by reopening habitat that has been blocked for more than a century.

The proposal fits into a trend in the U.S. toward dam demolition as these infrastructure projects age and become less economically viable. More than 1,700 dams have been dismantled nationwide since 2012.

Backers of the Klamath Dam removal say the Federal Energy Regulatory Commission could vote this spring on whether to transfer the dams' hydroelectric licenses from the current operator, PacifiCorp, to a nonprofit formed to oversee the demolition. Drawdown of the reservoirs behind the dams could begin as early as 2022, according the nonprofit, the Klamath River Renewal Corp.

Opponents, including a group of residents who live around a reservoir, say without the dams, their waterfront properties will become mudflats and their homes will lose value.

“If we get halfway through and they blow a hole in the dam just to let the water out — to say, ‘Yeah, we done this’ — they can walk away from it. And we have no recourse whatsoever,” said Herman Spannus, whose great-grandfather first ran a ranch in the area in 1856.

The structures at the center of the debate are the four southernmost dams in a string of six constructed in southern Oregon and far northern California beginning in 1918. They were built for power generation, and none has "fish ladders," concrete chutes fish can pass through.

Two dams to the north are not targeted for demolition. They have fish passage and are part of a massive irrigation system that straddles the Oregon-California border and provides water to more than 300 square miles (777 square kilometers) of crops.

Those farmers won't be directly affected but worry the demolition will set a precedent.

"Dam removal on this scale is kind of unprecedented,” said Ben DuVal, who farms 300 acres (121 hectares). “I don’t want to be the one who ends up giving up my livelihood in order to fix a problem down there that was caused by a big experiment.”

The demolition plan is good business for PacifiCorp, which holds the dams' hydroelectric licenses. They're expired, and renewing them would require more than $400 million in federally mandated modifications.

For the region's tribes, the push to remove the dams is much more than financial calculus.

Coho salmon from the Klamath River are listed as threatened under federal and California law, and their population in the river has fallen anywhere from 52% to 95%. Spring chinook, once the Klamath Basin's largest run, has dwindled by 98%.

Fall chinook have been so meager in the past few years that the Yurok canceled fishing for the first time in the tribe's memory. In 2017, they bought fish at a grocery store for their annual salmon festival.

Yet even demolition advocates say dam removal won't be enough on its own. Salmon face deteriorating ocean conditions due to climate change, and the many tributaries that feed into the Klamath River are degraded.

For their part, homeowners around the biggest reservoir, Copco Lake, feel a strong sense of place in the houses they built decades ago, with no idea the dams could ever come down.

“The real estate people are not anxious to take listings here because it's the rumors there all the time,” said Tom Rickard, who had to take his home off the market last summer when it didn't sell.

“You hear people from Los Angeles, the Bay Area, all over the place, and they keep asking, 'Well, what's going to happen to the dams?'”