The patented filtration method could slash the time needed to extract lithium. 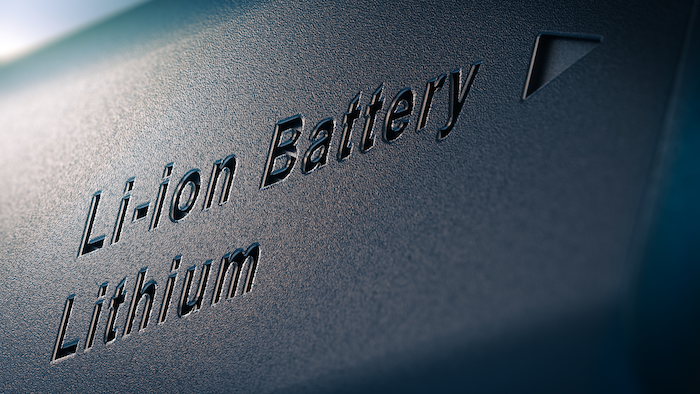 An international research team has pioneered and patented a new filtration technique that could one day slash lithium extraction times and change the way the future is powered.

The world-first study, published today in the prestigious international journal Nature Materials, presents findings that demonstrate the way in which Metal-Organic Framework (MOF) channels can mimic the filtering function, or 'ion selectivity', of biological ion channels embedded within a cell membrane.

Inspired by the precise filtering capabilities of a living cell, the research team has developed a synthetic MOF-based ion channel membrane that is precisely tuned, in both size and chemistry, to filter lithium ions in an ultra-fast, one-directional and highly selective manner.

This discovery, developed by researchers at Monash University, CSIRO, the University of Melbourne and the University of Texas at Austin, opens up the possibility to create a revolutionary filtering technology that could substantially change the way in which lithium-from-brine extraction is undertaken.

This technology received a worldwide patent in 2019. Energy Exploration Technologies, Inc. (EnergyX) has since executed a worldwide exclusive licence to commercialise the technology.

"Based on this new research, we could one day have the capability to produce simple filters that will take hours to extract lithium from brine, rather than several months to years," said Professor Huanting Wang, co-lead research author and Professor of Chemical Engineering at Monash University.

"Preliminary studies have shown that this technology has a lithium recovery rate of approximately 90 percent - a substantial improvement on 30 percent recovery rate achieved through the current solar evaporation process."

Professor Benny Freeman from the McKetta Department of Chemical Engineering at The University of Texas at Austin, said: "Thanks to the international, interdisciplinary and collaborative team involved in this research, we are discovering new routes to very selective separation membranes.

"We are both enthusiastic and hopeful that the strategy outlined in this paper will provide a clear roadmap for resource recovery and low energy water purification of many different molecular species."

Associate Professor (Jefferson) Zhe Liu from The University of Melbourne said: "The working mechanism of the new MOF-based filtration membrane is particularly interesting, and is a delicate competition between ion partial dehydration and ion affinitive interaction with the functional groups distributed along the MOF nanochannels.

"There is significant potential of designing our MOF-based membrane systems for different types of filtration applications, including for use in lithium-from-brine extraction."

CSIRO and Monash University Associate Professor Matthew Hill said: "We're pleased that our international research collaboration has made a breakthrough that could improve the supply of lithium. This is important for enabling electric vehicles and grid integration of renewable energy sources."

"It's truly an honour to work with such brilliant scientists at all these organisations," said Teague Egan, Founder and CEO of EnergyX.

"This breakthrough invention will literally change the way lithium is produced and how we power our future."

Lithium-from-brine extraction is most common in the Lithium Triangle - a region of the Andes bordering Argentina, Bolivia and Chile, which holds roughly half of the world's lithium reserves - and some sites across the USA.