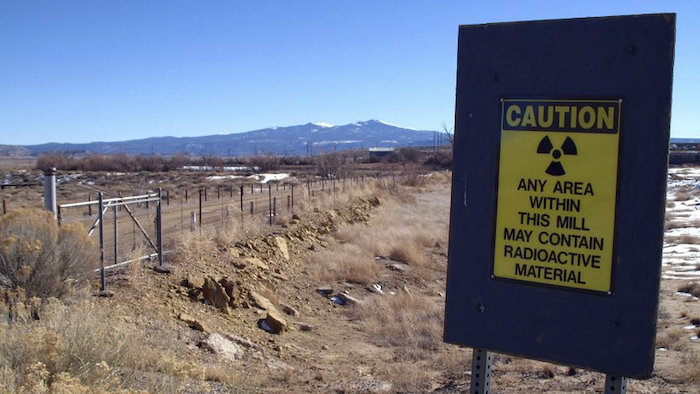 ALBUQUERQUE, N.M. (AP) — A member of New Mexico's congressional delegation wants to ensure a “sound and robust” scientific review is done before federal regulators decide whether to sign off on plans for a multibillion-dollar temporary storage facility for spent nuclear fuel.

U.S. Rep. Xochitl Torres Small in an interview with The Associated Press acknowledged that the growing stockpile of used fuel at commercial reactors around the U.S. is a national problem and that elected leaders need to ensure New Mexico does not pay an unfair price as part of the solution.

“My concern is making sure that we’re looking at the science and that we are doing our best to evaluate based on that, not based on economic considerations or based on fear or bias, but based on how do we solve a challenge that is a national challenge," the Democrat said.

While elected leaders in Eddy and Lea counties support the project, it has garnered fierce opposition from nuclear watchdog groups, New Mexico Gov. Michelle Lujan Grisham and other members of the state’s congressional delegation. They are concerned about the state becoming a permanent dump since the federal government is far from having any long-term plan for dealing with the tons of spent fuel building up at nuclear power plants around the nation.

State and industry officials also have concerns about potential effects on oil and gas development, as the proposed site is located within the Permian Basin — one of the world’s most prolific energy production regions.

Torres Small narrowly won the district and is up for re-election this year. She said she has heard from constituents on both sides of the matter — those who have concerns and those who see the project as an opportunity for more jobs and revenue for the oil-dependent region.

New Jersey-based Holtec International is seeking a 40-year license from federal regulators to build what it has described as a state-of-the-art complex near Carlsbad.

The site in southeastern New Mexico is remote and geologically stable, the company has said. Holtec executives also have said the four-layer casks that would hold the spent fuel would be made of thick steel and lead and transported on a designated train with guards and guns.

The Nuclear Regulatory Commission is in the process of considering Holtec's application. It could be next year before a decision is made.

Torres Small said the clock is ticking for elected leaders to find a permanent solution as spent fuel is now stored at a variety of dangerous locations scattered across the U.S., including near important waterways.

New Mexico already is home to the U.S. government's only underground repository for Cold War-era waste generated over decades by nuclear research and bomb-making. Some watchdogs are concerned the Waste Isolation Pilot Plant could become the final destination for other types of waste as the government prepares to ramp up production of the plutonium cores that serve as triggers for weapons in the nation's nuclear arsenal.

Torres Small couched her support forproduction of the plutonium coresby saying New Mexico has a long history of bearing a burden when it comes to nuclear development and waste. She said the focus should be on making sure the state and its residents are kept “whole and strong” as national security obligations are met. 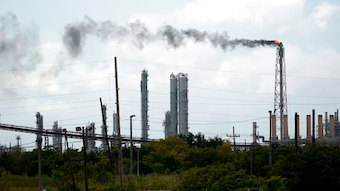 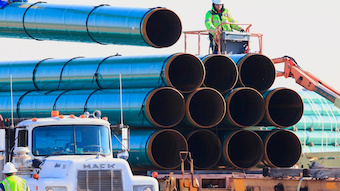