No injuries were reported and the fire was contained near where it started. 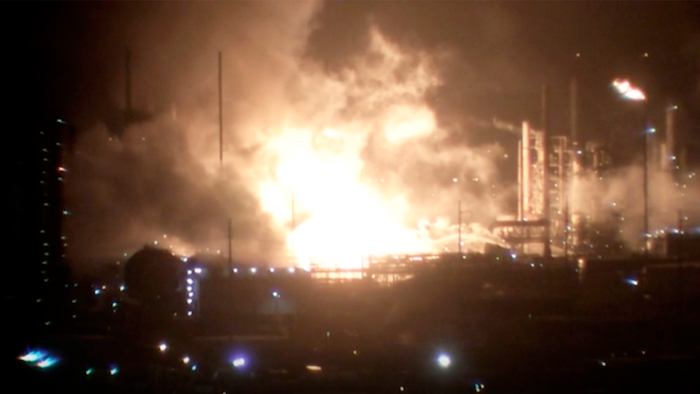 BATON ROUGE, La. (AP) — A fire inside an ExxonMobil refinery in Louisiana turned the night sky a shade of orange and sent a large plume of smoke into the air.

No injuries were reported and the fire was contained to the location where it started, Monte said. The glow of the fire could be seen from miles away, news outlets reported.

It wasn't immediately clear what caused the fire.

ExxonMobil is the largest manufacturing employer in Louisiana and its Baton Rouge refinery is the fifth largest in the country, WAFB-TV reported. It produces gasoline, jet fuel and more, as well as items such as paint and adhesives at the chemical plant.

The company said in a tweet that it was responding the situation, including monitoring air quality at the fence line. The air outside the plant “bore no particular odor,” The Advocate reported. There was no off-site impact, fire department spokesman Monte said.