The states want the U.S. Supreme Court to rule on Washington State's denial of a permit that could bolster coal exports. 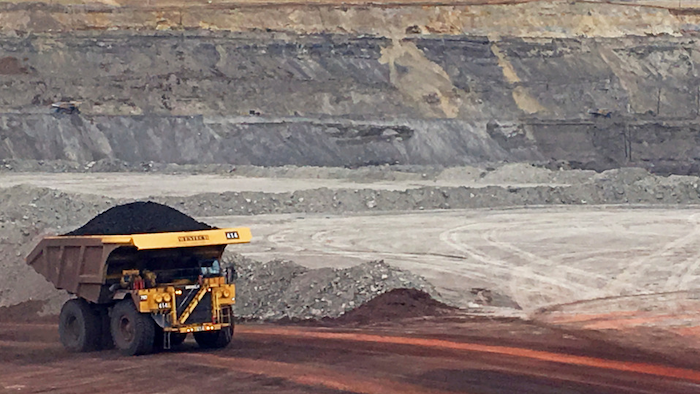 CHEYENNE, Wyo. (AP) — Wyoming and Montana asked the U.S. Supreme Court on Tuesday to rule on Washington State's denial of a permit for a port facility that could boost U.S. coal exports.

The coal-producing Rocky Mountain states argue the denial violates the Commerce Clause of the U.S. Constitution, which prohibits states from impeding trade between one another and with other countries.

At stake could potentially be a good-sized chunk of the U.S. coal industry. Domestic coal-fired power generation has declined 40 percent over the past decade amid competition from cheaper and cleaner-burning natural gas and renewable energy, contributing to a steep decline in coal mining and several bankruptcies among the industry's biggest players.

The Washington Department of Ecology has imposed a “de facto blockade” on the coal-mining states by denying a key permit for the coal port facility in 2017, Wyoming Gov. Mark Gordon said at a news conference.

“This case is about the right of states to conduct commerce, a question as old as our Constitution," said Gordon, a Republican.

The denial of the permit under the federal Clean Water Act provided no way for Lighthouse subsidiary Millennium Bulk Terminals to improve its permit application to win approval, Gordon said.

“The state just didn't want to export commodities from the interior West and was willing to use any tactic it could find to make sure of it,” Gordon said.

The case would bypass lower courts should the Supreme Court choose to hear it. Washington would continue to defend its decision and “right and obligation” to enforce clean-water laws, Mike Faulk, a spokesman for Washington Gov. Jay Inslee, a Democrat, said in a statement.

“This project was rightfully denied under state and federal authority because it failed to meet water quality and other environmental standards,” Faulk said.

Washington state officials have said the denial wasn't an abuse of authority but based on how the project would disturb over 30 acres (12 hectares) of wetlands, require dredging of 40 acres (16 hectares) of the Columbia River and contaminate stormwater by stockpiling 1.5 million tons (1.36 metric tons) of coal on site, Faulk said.

American Indian tribes also have opposed the project, which would enable the export of up to 44 million tons (40 million metric tons) of coal a year to Japan and other countries across the Pacific Ocean.

Full use of the port for coal exports would only partly offset declining U.S. demand and production. Coal production from the top U.S. coal-producing region, the Powder River Basin of northeastern Wyoming and southeastern Montana, has declined from 500 million tons (450 million metric tons) in 2008 to about 320 million tons (290 million metric tons) in 2018, according to the U.S. Energy Information Administration.

Six states including Wyoming and Montana in 2018 filed briefs in Lighthouse's lawsuit against Washington over the permit denial, a case that will proceed unimpeded amid the request for the Supreme Court to weigh in.

Gordon has made challenging Washington over coal exports a priority since taking office. He raised the issue and praised a Millennium Bulk Terminals executive in the audience during his first state of the state address in 2019.