Top House Democrats called for a federal review of the pipeline and its oversight agency after the third spill in as many years. 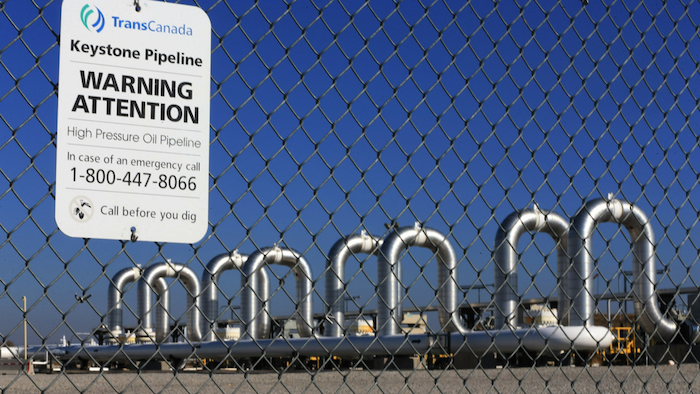 BISMARCK, N.D. (AP) — Top U.S. House Democrats have called for a federal review of the Keystone pipeline and the agency that regulates it in the wake of 383,000-gallon (1.4-million-liter) spill in northeastern North Dakota, the latest of three spills along the line in as many years.

In a letter Monday to the Government Accountability Office, the congressmen said the spills raise “serious questions” about pipeline owner TC Energy’s management of the line, and whether the Pipeline and Hazardous Materials Safety Administration is providing adequate oversight.

“The public has a legitimate expectation that the Keystone Pipeline System managed by TC Energy operate safely and without repeated incidents that damage the environment and threaten the public’s health and security,” according to the letter signed by House Energy and Commerce Chairman Rep. Frank Pallone, of New Jersey; Transportation and Infrastructure Chairman Peter DeFazio, of Oregon; Railroads, Pipelines and Hazardous Materials subcommittee Chairman Dan Lipinski, of Illinois; and Energy subcommittee Chairman Bobby Rush of Illinois.

GAO spokeswoman Sarah Kaczmarek said Tuesday that the nonpartisan watchdog agency received the congressional request and is evaluating it.

“At this point, no decisions have been made,” she said, adding that the process could “take some weeks.”

Calgary, Alberta-based TC Energy, formerly known as TransCanada, reported the spill in North Dakota on Oct. 29. The pipeline returned to service on Nov. 10 after approval of a repair and restart plan by the federal pipeline safety agency.

The company said in statement Tuesday that it was aware of the letter sent to the GAO.

“While each incident on our system is unfortunate, we work carefully with federal and state regulators to analyze and learn from what occurred, so we can ensure our energy infrastructure operates safely and the way it is designed,” the company said.

The cause of the leak has not been disclosed and cleanup work continues near the small town of Edinburg, North Dakota, state regulators said.

The House Democratic leaders said in their letter that the North Dakota leak follows spills in South Dakota in 2016 and 2017.

“Yet we are faced with the third occurrence of a significant pipeline leak that has devastating impacts to both the environment and nearby communities,” they wrote.

Crude began flowing through the $5.2 billion pipeline in 2011. It’s designed to carry crude oil across Saskatchewan and Manitoba, and through North Dakota, South Dakota, Nebraska, Kansas and Missouri on the way to refineries in Patoka, Illinois and Cushing, Oklahoma. It can handle about 23 million gallons (87 million liters) daily.

It is part of a system that also is to include the proposed $8 billion Keystone XL pipeline designed to transport the oil from western Canada to terminals on the Gulf Coast.

The House Democrats in their letter to the GAO called the proposed expansion “particularly concerning.”