A federal appeals court is reviewing a lawsuit filed by environmental groups over the Mountain Valley Pipeline. 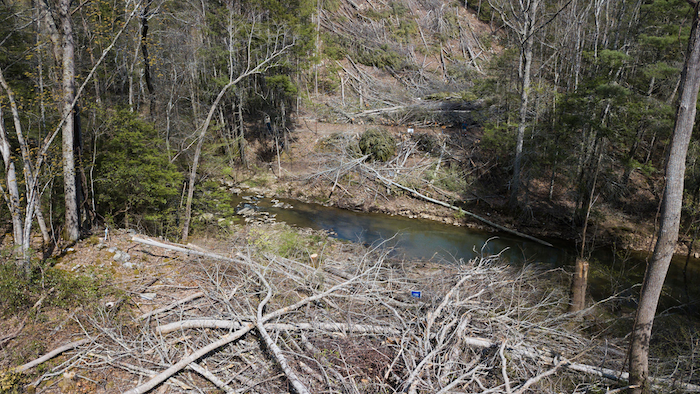 In this Thursday, May 3, 2018, photo, downed trees mark the route of the proposed Mountain Valley Pipeline in Lindside, W.Va.
Steve Helber/Associated Press

RICHMOND, Va. (AP) — Federal regulators are putting a temporary stop to most construction on the Mountain Valley Pipeline amid litigation over key project permits.

An official with the Federal Energy Regulatory Commission told Mountain Valley on Tuesday that it must cease construction activity along all portions of the project immediately, with the exception of "restoration and stabilization" in certain areas.

The move comes after the 4th U.S. Circuit Court of Appeals on Friday issued a stay of permits from the U.S. Fish and Wildlife Service while it reviews a lawsuit filed by environmental groups.

Spokeswoman Natalie Cox says the total project work is approximately 90% done and the developers are committed to its completion. She says much of the construction work was already on hold or winding down for the winter season.