Three petitions filed with Oregon officials Monday would require the state to phase out electricity sources that contribute to global warming. 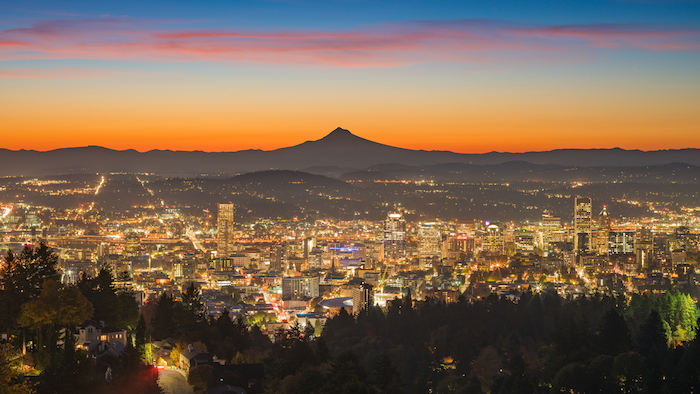 SALEM, Ore. (AP) — If lawmakers again fail to pass a law regulating Oregon's greenhouse gas emissions next year, voters could be called on to do it.

Three initiative petitions filed with the Oregon Secretary of State's Office Monday would require the state to phase out electricity sources that contribute to global warming, and transition to a carbon-free economy by 2050, Oregon Public Broadcasting reported .

If they proceed to the November 2020 ballot, the measures would likely usher in a bruising ballot fight. But one of the organizations spearheading the efforts, clean energy coalition Renew Oregon, is hoping the measures instead add urgency to next year's legislative session.

"Our priority will continue to be the cap-and-invest bill," said Brad Reed, a spokesman for Renew Oregon. "We will put all of our energy to that. But we cannot afford for the state and for the people to not have bold climate action next year."

The carbon cap bill has been in the works for over a decade, and was the focus of a tussle in the Legislature this year. The proposal flamed out amid a walkout by Senate Republicans and disunity in Democratic ranks. Opposition to House Bill 2020 was stiff among some business groups and rural voters.

Gov. Kate Brown and legislative leaders have vowed to keep trying to pass a similar proposal.

"This is a classic example of a ballot measure designed to force the legislature to do something," Jim Moore, a political science professor at Pacific University told The Oregonian/OregonLive. "They see an opening with some kind of compromise that we'll see next year."

The first initiative petition, dubbed 100% Clean Economy, would establish and enforce limits on greenhouse gas emissions in the state, replacing the current soft goals with hard limits that are even more stringent than those contemplated in House Bill 2020. The measure would require the state to reduce greenhouse gas pollution 50% below 1990 levels by 2035 and be 100% carbon-free by 2050.

The second initiative petition filed by Renew Oregon, called 100% Clean Electricity, would require that all electricity used in Oregon be from 100% carbon-free sources by 2045.