Residents are demanding an end to the deal between the government and Germany's ACI Systems. 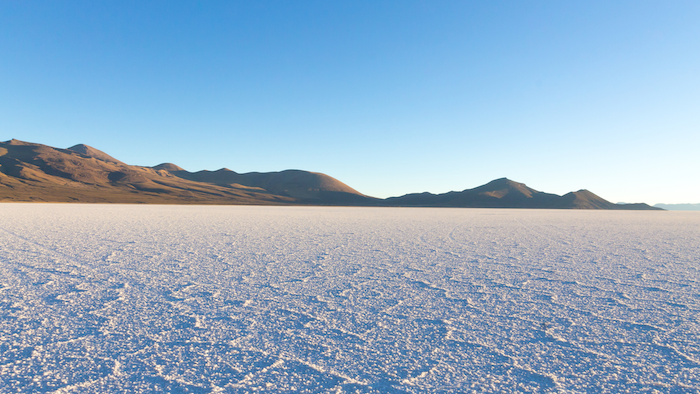 Some university students who joined the protest Monday set off sticks of dynamite in Bolivia's Potosi province about 260 miles (420 kilometers) south of La Paz. But police did not report any arrests or injuries.

Residents are demanding an end to the deal, which seeks to build a factory for electric vehicle batteries and a lithium hydroxide plant. They also want better royalties for the region that is home to one of the world's largest lithium reserves.

Lithium is a key component for cellphone batteries and battery parts for electric cars.

Protest leaders say their demands are being ignored by the government. Authorities say the protest is being stoked by members of the opposition ahead of Bolivia's Oct. 20 presidential election, where President Evo Morales is seeking his fourth term in what is expected to be a tight race.