Colonial Pipeline contends faulty work by a contractor caused a crack that spilled at least 250,000 gallons of gasoline in rural Alabama in 2016. 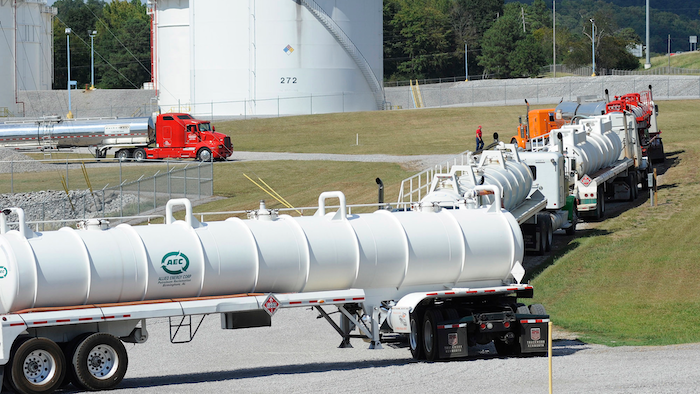 BIRMINGHAM, Ala. (AP) — Georgia-based Colonial Pipeline Co. has sued an Alabama contractor over a spill that threatened gasoline supplies along the East Coast three years ago.

The pipeline operator contends faulty work by the Birmingham-based Ceco Pipeline Services caused a crack that spilled at least 250,000 gallons of gasoline in rural Shelby County in September 2016.

The spill shut down a major pipeline for weeks, tightening gasoline supplies along the Eastern Seaboard. The pipeline carries fuel from Houston to metropolitan New York.

With headquarters near Atlanta in Alpharetta, Colonial Pipeline filed the federal lawsuit Friday seeking an unspecified amount of money.

Hired to replace coatings that protect the pipeline's exterior, the contractor failed to adequately replace dirt around the pipeline after maintenance work, the suit said. The failure left a void beneath the pipe, which bent as it sagged. The bend caused cracks that led to the breach, according to the suit.

The failure cost Colonial Pipeline lost income, plus money spent on repairs and cleanup, the lawsuit said without specifying an amount.

The lawsuit said Colonial Pipeline transports an average of 100 million gallons (378 million liters) of refined petroleum products daily through a system that includes more than 5,500 miles (8,850 kilometers) of pipeline.