The Royalty Policy Committee was created in 2017 to make it easier to extract fossil fuels from public lands and waters. 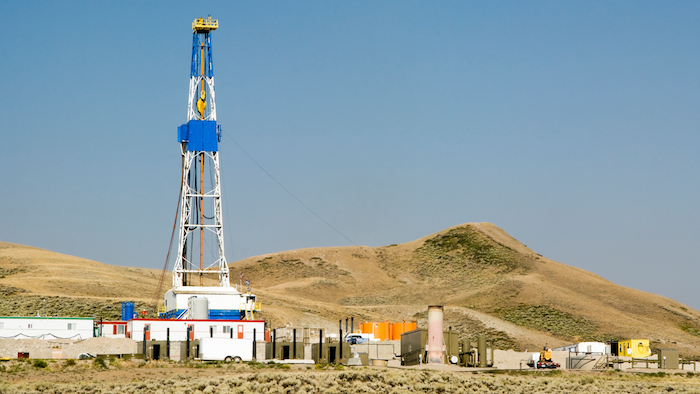 BILLINGS, Mont. (AP) — A judge barred the Trump administration on Tuesday from acting on the recommendations of an energy advisory panel that was created to make it easier to extract fossil fuels from public lands and waters.

U.S. District Judge Donald Molloy sided with a Montana-based conservation group that alleged the Royalty Policy Committee had been established in violation of public transparency laws.

The committee was disbanded without explanation in April when its two-year charter expired.

Created in 2017 by then-Interior Secretary Ryan Zinke, the Royalty Policy Committee attracted sharp criticism from conservationists and others who said its membership was stacked in favor the energy industry.

In a 28-page ruling, Molloy said a lawsuit from the Western Organization of Resource Councils that challenged the creation of the panel "identified a gaping hole in government accountability."

The 20-member panel was supposed to find ways to remove barriers to drilling and mining while making sure taxpayers aren't shortchanged by energy companies. It included industry executives; officials from energy states such as Texas, Wyoming and North Dakota; academics and at least one industry consultant.

Molloy noted that none of the members was from an environmental organization.

"While the agency can point to a group of members with diverse interests, it does not explain why certain groups were omitted or included," he said.

Critics said that resulted in one-sided recommendations that favored industry and weakened environmental protections. Those included calls to speed up oil and gas lease sales in the Arctic, hasten approvals for new drilling and allow coal companies to largely self-determine the value of fuel they sell on the export market.

The Western Organization of Resource Councils and Democracy Forward, which represented the environmental group in court, said Tuesday's ruling confirmed the administration unlawfully "stacked" the advisory committee with industry lobbyists.

"The Royalty Policy Committee was a sham commission from the start, and we are pleased that the administration is prevented from relying on any of its recommendations," the groups said in a joint statement.

Royalties from publicly owned energy reserves are distributed among federal, state and tribal governments, and billions of dollars are at stake. In fiscal year 2017, the government passed out $7.1 billion in royalties on oil, gas and coal extracted from federal lands, federal offshore areas and Native American lands, according to the Interior Department, which manages most federally owned energy.

Kathleen Sgamma with the Western Energy Alliance, an industry lobbying group, said the ruling was "overly expansive" but predicted that it would not be appealed because the committee already has been disbanded.

Sgamma added that the administration still could pursue issues raised by the committee through other channels.

Interior Department spokeswoman Molly Block said the agency was not commenting on the case.