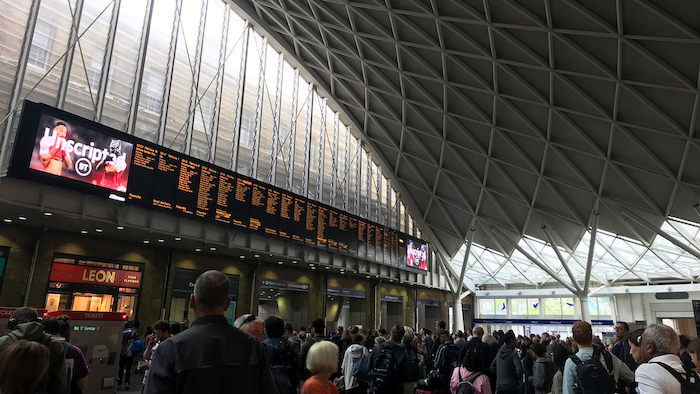 LONDON (AP) — A power cut that affected a million people and caused travel chaos was not the result of a cyberattack, operators of Britain's electricity network said Saturday.

National Grid operations director Duncan Burt said Friday's blackout was caused when two power stations failed almost simultaneously, leading the system to cut off power to some parts of the country in order to preserve the rest.

He said the company was "very confident that there was no malicious intent or cyberattack involved."

Burt said the loss of two power plants at once was a "very, very rare event" and something similar last happened in 2008.

Tim Green of the Energy Futures Laboratory at Imperial College London said failures were at a gas-fired power plant in southern England and a wind farm in the North Sea. He said it was unclear whether the two near-simultaneous outages were connected or it was a coincidence.

Britain's energy watchdog, Ofgem, said it has asked for "an urgent detailed report from National Grid so we can understand what went wrong and decide what further steps need to be taken. This could include enforcement action."

The cut hit a large swath of England and Wales, knocking out traffic lights and railway signals and bringing electric-powered trains to a standstill. Electricity was restored within 90 minutes but many travelers were stuck for hours on trains.

Delays and cancellations continued Saturday at London's King's Cross, one of the country's busiest train stations.

Andrew Adonis, a former chairman of Britain's National Infrastructure Commission, said National Grid had "some big questions to answer" about how a relatively brief power cut had caused nationwide mayhem on the railways.

"Why ... did their systems allow the national transport system to collapse in the way it did? Because that absolutely shouldn't happen," he said.