The Northern Pass project, which sought to bring hydropower from Canada to southern New England, is dead after a setback in New Hampshire's Supreme Court. 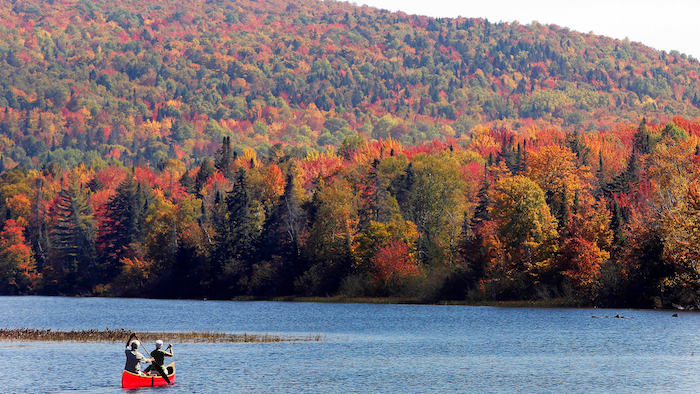 CONCORD, N.H. (AP) — After nearly a decade of protests, hearings and court fights, the Northern Pass hydropower project that promised to bring hydropower from Canada to southern New England is dead.

The company behind the plan, Eversource, announced Thursday it was abandoning the project after suffering a defeat in the New Hampshire Supreme Court.

"It is clear there is no path forward," Eversource spokesman William Hinkle said in a statement. "The need for new sources of abundant, low-cost renewable energy in New England remains urgent, and we will continue working toward new, innovative solutions that lower costs for our customers, improve reliability and advance clean energy."

Though expected, the announcement by Eversource was a significant setback for a company, which has repeatedly promised that Northern Pass would be built by 2020.

Despite framing the project as a win for the environment and economy, Eversource was never able to overcome opposition from a determined collection of town officials, environmentalists and residents who opposed the project. Often clad in orange in the numerous public hearings, opponents argued that the project would damage the state's tourism economy and destroy rural communities.

"It's good that Eversource is finally accepting the reality that Northern Pass is dead," Jack Savage, a spokesman for The Society for the Protection of New Hampshire Forests. "It's a relief to the many thousands of landowners and residents who have opposed this project for almost nine years."

Eversource's proposal called for building a 192-mile (310-kilometer) transmission line across New Hampshire to supply power to almost a million homes in southern New England. It argued that the $1.6 billion project would bring clean energy to the region and help the economy. It spent $318 million on the project, according to a filing with the Security and Exchange Commission and will write off $200 million after taxes.

The company initially had the support of Republican Gov. Chris Sununu, received a series of federal approvals and was chosen to provide much-needed clean energy to Massachusetts.

But members of the Site Evaluation Committee, which would cast the critical vote, questioned the project's promised benefits and worried about the impact it would have on rural communities. They unanimously defeated the project last year amid concerns that towering transmission lines would hurt property values, tarnish scenic views and scare off tourists that come for the fall colors. Many opponents also worried that months of construction would disrupt businesses and cause traffic delays.

The company responded to the rejection by saying it would spend hundreds of millions of dollars to compensate property owners, fund energy efficiency programs and help low income residents in a last-ditch effort to salvage the project.

But the committee denied the appeal, and the court affirmed the committee's ruling. That prompted Sununu, one of the most prominent backers of the project, to pull his support.

The project's defeat prompted Massachusetts to shift to a similar one that would bring Canadian hydropower through transmission lines in Maine. The $1 billion New England Clean Energy Connect has won the support of Maine Gov. Janet Mills. The Maine Public Utilities Commission also gave its approval, but several other agencies must sign off on the project.