Since the killing of journalist Jamal Khashoggi last October, the school has faced sharp criticism over its close relationship with the kingdom. 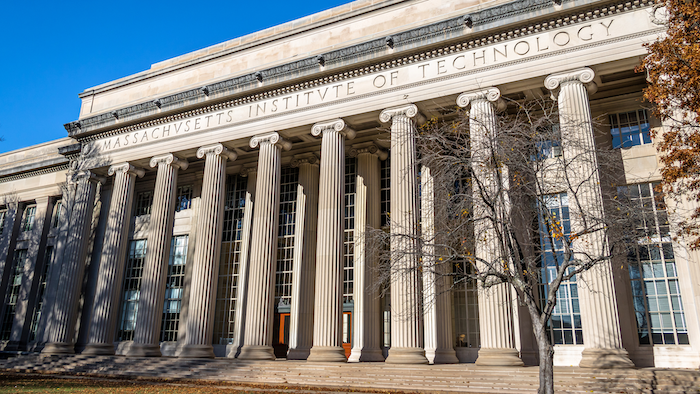 The Massachusetts Institute of Technology says it condemns Saudi Arabia for the killing of journalist Jamal Khashoggi and for other "brutal human rights violations," but the school's president said Wednesday he has no plans to cut ties with the kingdom.

Since Khashoggi's killing last October, the school has faced sharp criticism over its close relationship with Saudi Arabia, including research deals with the kingdom's national oil company, its national science laboratory and a chemical producer owned by the government. Last year, those deals brought $7.2 million to MIT.

Some students, faculty and alumni have urged the institution to break all ties with the kingdom, saying any continued link amounts to a tacit endorsement of the Saudi regime. But in a letter to the campus Wednesday, MIT President Rafael Reif rejected that idea.

Although he "utterly condemns" Saudi Arabia's human rights violations and shares a "sense of horror" over its actions, Reif said he also sees value in working with Saudis who share MIT's principles. He said there are plenty in the kingdom working to change their society through research and education.

"Demonizing the regime is one thing, but demonizing the people who live under this regime is a different issue," Reif said in an Associated Press interview. "We are dealing with really a progressive people in the kingdom, people who want to modernize the country."

Reif added that a blanket rejection of work with Saudi Arabia would violate the autonomy of faculty members who want to pursue research with the country's scientists. MIT's projects with the kingdom have covered a range of fields, from engineering and data analytics to poverty and food security.

Going forward, MIT says it will apply greater scrutiny to new international agreements along with existing ones that come up for renewal. Overseas deals will now be reviewed by a panel of faculty members who offer advice to school leaders. A separate panel is being asked to explore how to approach work with "problematic countries."

Already in question is whether the school will renew a five-year, $25 million research deal that was initially signed in 2012. Both sides agreed to a "letter of intent" to renew the deal in 2018, but it has yet to be finalized. That agreement is likely to be among the first to go through the school's bolstered review process.

Although MIT is known for its close relationship with Saudi Arabia — last year, it hosted a visit from Prince Mohammed bin Salman — it's among many schools that have benefited from links to the kingdom.

A previous Associated Press analysis of federal data found that MIT is among 37 U.S. universities that received $350 million from the Saudi government over the last decade. Although much came through a program that covers tuition for Saudi students in the U.S., at least $62 million came from separate contracts and gifts.

In making his decision, Reif accepted the recommendations of a Dec. 6 report by an associate provost who said he found no "compelling case" to withdraw from Saudi relationships. The review argued that none of MIT's partners in Saudi Arabia appear to have played a role in the planning or execution of Khashoggi's death.

But the review appears to have done little to ease disagreement on campus. An updated version of the report released Wednesday said officials have received 111 comments from MIT students, alumni and employees since Dec. 6. Of those, about three quarters opposed the report's conclusions, officials said.

Reif said he understands the opposition but hopes to show that the school's work in Saudi Arabia doesn't need to be all or nothing.

"This is such a complex issue," he said. "We will continue to be globally engaged, so we have to figure out how to do this right."