The Port Authority of New York and New Jersey will conduct the first test at a U.S. port of an electric vehicle to move cargo containers. 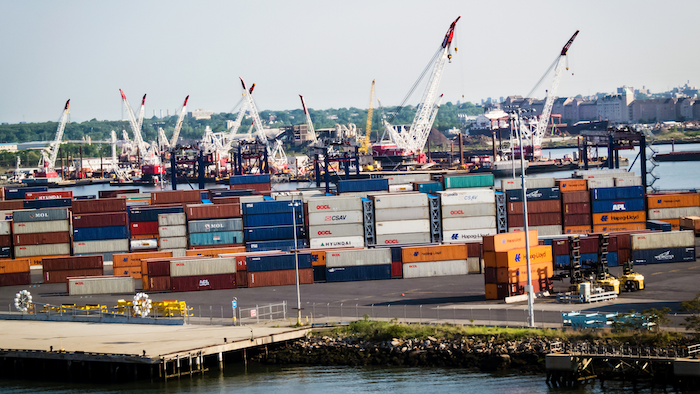 The Port Authority of New York and New Jersey will conduct the first test at a U.S. port of an electric vehicle to move cargo containers, with an eye toward eventually replacing the current gas-powered fleet.

The pilot program is part of a broader effort by the Port Authority to reduce greenhouse gases at the ports, which handle billions of dollars in cargo annually.

The vehicles, known as straddle carriers, are used to lift 30-ton (30.5-metric ton) cargo containers and load them onto trucks for transport. There are more than 300 in use at the ports of New York and New Jersey, according to Bethann Rooney, port department assistant director.

The electric straddle carriers will be tested this year at Maher Terminals. They will be assessed for lifting capacity, down time for maintenance and environmental benefits.

If the pilot program is successful, 15 to 30 of the older gas-powered vehicles could be replaced annually by the electric vehicles, Rooney said.

The carriers are made by Kalmar, a Finnish company.