Consumers Energy said the battery can store enough solar and wind energy to supply about 1,000 homes with an hour of power. 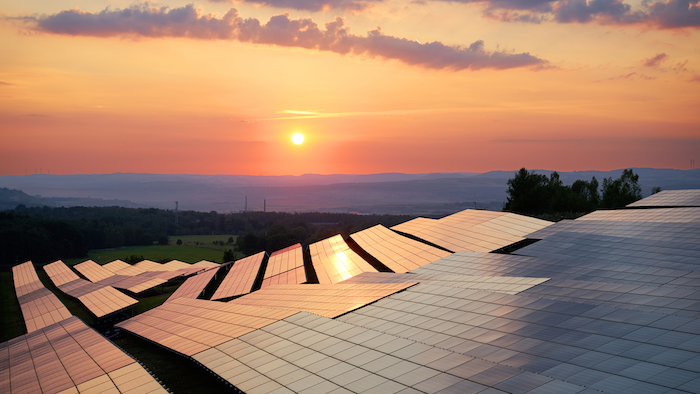 A Michigan utility has unveiled a new battery to store renewable energy at Western Michigan University.

The battery can store enough solar and wind energy to supply about 1,000 homes with an hour of power, said Consumers Energy Project Manager Nathan Washburn. The battery will be used to keep energy output stable even when there's cloud coverage, he said.

"This battery is a big step forward for Consumers," Washburn said.

Consumers Energy partnered with the university in 2016 to create an 8.5-acre solar power plant. The new battery will store power from the plant and provide energy to residents in the region, said Tim Sparks, vice president of electric grid integration for Consumers Energy.

"In the future we do believe that these will be one of the main sources of electricity for our toolbox," Sparks said.

The company and Michigan State University consultants will study the facility to determine how battery storage could be used around Michigan. Western Michigan University will also be able to work with the utility on electric battery research and operations.

"With the solar array and now the first battery, we have this rare combination to both generate solar power and then think about how to store it and use it for consumers," WMU President Edward Montgomery said. "For meeting peak-load demands, meeting those times during cloudy days. How do you solve those problems? And we can be at the forefront of that."

U.S. Rep. Fred Upton said more than 40 percent of the state's electricity will be from renewable energy sources by 2040.

"To do that you have to have battery storage for when the wind doesn't blow and the sun doesn't shine," he said.