The Demise of Nuclear Power in the US

Low natural gas prices and a boom in solar and wind power has rendered them unable to compete. 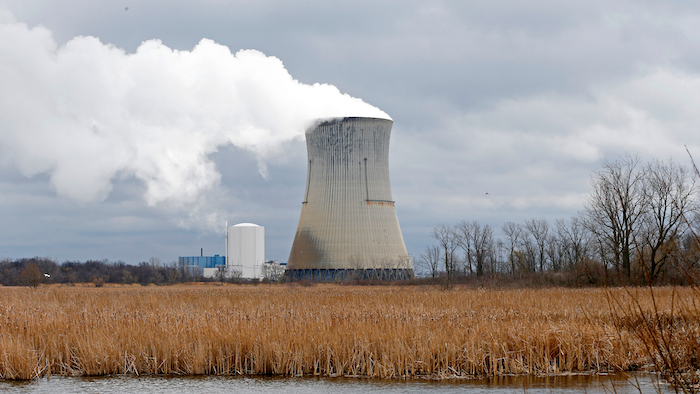 In 2025, the second of two nuclear reactors at the Diablo Canyon Power Plant in California will be shut down. Locally, critics of the technology will rejoice at the fulfillment of their ultimate goal: a nuclear-free California.

At the same time, through the shutdown of its four nuclear reactors, the state will have lost more annual low-carbon electricity than its solar PV and wind plants cumulatively generated in 2016.

Commercial nuclear reactors provide roughly one-fifth of the electricity produced in the U.S. Across the country, they face grave threats to their profitability and, therefore, to their continued operation. Nuclear power’s hard times have come relatively quickly – and show no signs of reversing.

Only a decade ago, nuclear reactors were cash cows. But a combination of low natural gas prices and a boom in solar and wind power has rendered them unable to compete in states with price competition for power. Five of the country’s nuclear plants have shut down in the past decade. Of the remaining 99, at least a dozen more may close in the next.

Recognizing this, several states have moved to subsidize their nuclear power plants, most recently in New Jersey. But such efforts are arguably temporary fixes, given that the average American nuclear power plant is 37 years old.

Meanwhile, efforts to build new nuclear reactors in this country have been either canceled or beset by substantial delays and cost overruns. There seem to be no innovations or policy changes on the horizon that might provide a respite for the technology in the foreseeable future.

I, along with colleagues, have been investigating the current and likely future prospects of nuclear technologies for the past decade. The industry’s common refrain is that its troubles are the result of unfortunate economic realities, mismanaged federal energy policy, stringent regulation and organized opposition. In my view, that downplays some catastrophic miscalculations on its part.

To be sure, each of the factors that the industry laments does play a role. If the cost of natural gas and renewables had remained high, it’s likely that would have created a modest renaissance in nuclear power plant construction.

Even so, I see deeply ingrained problems in the industry: an inability to convince policymakers that it can contribute to a low-carbon energy transition, forcing it to resort to other narratives; the difficulty and expense inherent in nuclear innovation; and the failure to improve public perception.

Now that the industry is in dire straits, a range of ideas for revivifying it are being hotly debated across the industry and in Congress. In my view, while some of these ideas happen to rely on modest, well-considered arguments informed by history and experience, others are spurious or inappropriate.

For example, some proponents of nuclear power cite national security in their efforts to secure substantial appropriations. These advocates worry about a world where China and Russia lead in nuclear technology and nuclear power plant exports. In response, some analysts have recommended that the Department of Defense invest in reviving the U.S. civilian nuclear enterprise.

My research group has investigated the merits of this argument in depth and find it unconvincing. In addition to the regulatory and economic challenges posed by a reactor designed to fulfill a defense mission, saddling the Department of Defense with the task of saving the U.S. nuclear industry poses deeply troubling questions regarding its mission and its role in American public life.

Our researchsuggests that government efforts to stimulate innovation in this domain have thus far lacked funding and focus. Even if the federal government – or an extremely generous investor – were to write a check for that amount, I have come to suspect that the likelihood of success would be small.

Meanwhile, a small number of the technology’s supporters champion changing the mission of the Nuclear Regulatory Commission to focus not only on regulating reactor safety but also on promoting the construction of new nuclear reactors across the country.

In my view, this idea betrays profound ignorance of the technology’s history and public perception challenge. Research shows that nuclear power suffers from worries over safety in a way other energy sources don’t. Even decades ago, researchers highlighted that nuclear power evokes dread in people because they see its risks as unknown, immediate, uncontrollable and potentially catastrophic.

One explanation for this dread is the lack of trust in the risk communicators associated with the nuclear industry, such as public officials and industry scientists. There’s also the relationship between radiation from a potential nuclear accident and cancer, itself a disease that engenders dread.

It’s very troubling that the industry has failed to resolve this negative public perception challenge over the past five decades. Could a new generation of nuclear technologies realistically overcome some of the public’s dread? Despite an enormous literature on public perception and risk communication, I have found no convincing answer to this question.

Furthermore, we will increasingly need reliable sources of low-carbon electricity: The world is likely to witness increased electrification over the coming decades while seeking to dramatically reduce emissions.

Those who care about the mitigation of greenhouse gases, like myself, should be deeply concerned that nuclear power appears to be on the verge of collapse in the U.S.

This article was originally published on The Conversation. Read the original article here: http://theconversation.com/the-demise-of-us-nuclear-power-in-4-charts-98817.