The work is expected to continue throughout the week. 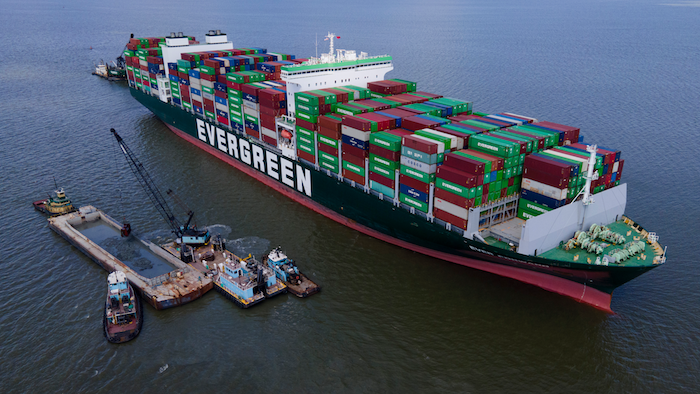 BALTIMORE (AP) — Dredging has begun to free a cargo ship stranded in the Chesapeake Bay for more than a week, the U.S. Coast Guard said Monday.

READ MORE: Ever Given Sister Vessel Runs Aground in Chesapeake Bay - Published March 18

A salvage company began dredging around the 1,095-foot (334-meter) Ever Forward on Sunday and the work is expected to continue throughout the week, Coast Guard Petty Officer 3rd Class Breanna Centeno said in an email. The grounded vessel is stable, poses no pollution threat and isn't impacting Port of Baltimore operations, Centano said.

The Ever Forward was headed from the Port of Baltimore to Norfolk, Virginia, on March 13 when it ran aground north of the Chesapeake Bay Bridge, the U.S. Coast Guard said. The ship operated by Taiwan-based Evergreen Marine Corp. became stranded outside the shipping channel and officials have said there were no reports of injuries, damage or pollution.

Evergreen said Friday that a plan to refloat the Ever Forward involves dredging the bay's muddy floor, releasing ballast to lighten the ship's load and using tugboats and the ship’s main engine to free the vessel.

The Coast Guard has said officials have not yet determined what caused the Ever Forward to run aground. The ship isn't blocking navigation in the channel, unlike last year's high-profile grounding in the Suez Canal of its sister vessel, the Ever Given, which disrupted the global supply chain for days.