The probe will examine Facebook's decision to link Oculus products to its social network. 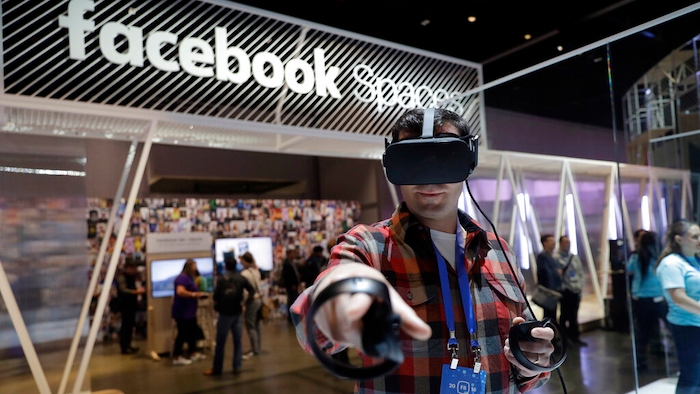 The Federal Cartel Office, or Bundeskartellamt, said it had initiated abuse proceedings over Facebook's plans to require users of the latest Quest 2 virtual reality glasses produced by Oculus to register with a Facebook.com account.

“Linking virtual reality products and the group’s social network in this way could constitute a prohibited abuse of dominance by Facebook,” said Bundeskartellamt president Andreas Mundt. "With its social network Facebook holds a dominant position in Germany and is also already an important player in the emerging but growing VR market. We intend to examine whether and to what extent this tying arrangement will affect competition in both areas of activity.”

In response to a request for comment from The Associated Press, Facebook noted that it had already paused sales of its Oculus products in Germany this year. It has not detailed why it made the move, but said it was not related to the investigation launched Thursday.

“While Oculus devices are not currently available for sale in Germany, we will cooperate fully with the Bundeskartellamt and are confident we can demonstrate that there is no basis to the investigation,” Facebook said.

Facebook announced earlier this year that all Quest 2 users would require a Facebook login with the device, and that users of other Oculus products could merge their account or continue using the Oculus account until January 2023.

The company, which acquired Oculus in 2014, also rebranded Oculus Connect as Facebook Connect and changed the name of its virtual reality team from Oculus Research to Facebook Reality Labs.

The German investigation comes just a day after U.S. regulators sued the social network, accusing it of abusing its market power and seeking remedies that could include a forced spinoff of Facebook’s prized Instagram and WhatsApp messaging services.

It is also not the first time Facebook has run afoul of the German antitrust authorities.

Last year, the Bundeskartellamt determined Facebook was exploiting its dominance in social media to better target ads, by forcing users to share data from other Facebook-owned services including WhatsApp and Instagram, as well as third-party websites through the “Like” and “Share” buttons.

It gave Facebook several months to stop collecting data and combining it with Facebook users’ accounts without their consent.

Facebook appealed that decision, and a Duesseldorf court ruled it did not have to comply with the regulations until the case had been decided.

In June, the Federal Court of Justice, a top appeals court, dealt Facebook a blow, overturning the Duesseldorf court's stay order while agreeing with the Bundeskartellamt that Facebook’s terms of use leave “private Facebook users with no choice.” It said the company had to comply with the regulators.

The main proceedings in Duesseldorf are still pending, however, and Facebook has said it will continue to defend its position that there is no antitrust abuse. Meantime, other appeals are also underway and Facebook still has not had to comply with the Bundeskartellamt's orders, the agency said.

The Duesseldorf case is currently scheduled to be heard March 26.

“The fact that Facebook has resorted to various legal remedies is not surprising in view of the significance which our proceedings have for the group’s business model," Mundt said. “Nevertheless, the resulting delay in proceedings is of course regrettable for competition and consumers.”