CEO Tim Cook said the current downturn could be harder on the company than the Great Recession. 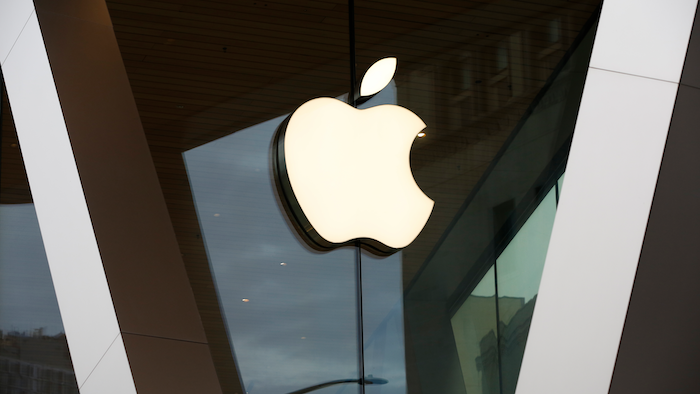 BERKELEY, Calif. (AP) — Apple's profit dipped slightly while revenues rose in the January-March quarter, reflecting early fallout from a coronavirus pandemic that shut down its factories and then forced hundreds of Apple retail stores to close.

The results released Thursday give the first sign of how one of the world’s best-known companies is faring as theU.S. economy plunges into its first recession in more than a decade.

Apple CEO Tim Cook said the current downturn could be harder on the company than what it experienced during the Great Recession of 2007-2009, when consumers were still captivated by the then-new iPhone.

The current conditions represent “the most challenging global environment in which we’ve ever operated our business," Cook said.

Apple's revenue edged up by 1% from the same time last year to $58.3 billion during the company's fiscal second quarter. To no one’s surprise, the iPhone was the company’s hardest hit segment, with sales for the device falling 7% from the same time last year. Apple's profits fell to $11.2 billion, a 2% decline from last year. The company told investors Thursday that iPhone sales will deteriorate even further during the April-June quarter.

The numbers were far better than analysts, who were braced for a 6% revenue decline, had feared. “Investors were expecting a Friday the 13th like quarter," Wedbush Securities analyst Daniel Ives said.

Those worries appeared well founded. That's because Apple’s supply chain was already constrained by the pandemic's early outbreak in China, which forced the company to temporarily close local factories that make most of its iPhones and other products.

The factories n China are open and operating at normal levels again, but the closures created ripple effects that are expected to delay the fall release of Apple's next iPhone models by at least a month. Apple’s stores still remain closed in many parts of the world as part of efforts to limit the spread of COVID-19.

The numbers offered a sobering reminder of how much the world has changed in just three months. In late January, Apple’s stock price had just hit its all-time high $327.81 and management had forecast its revenue for the first three months of the year might reach as high as $67 billion.

Now, everything remains so uncertain that Apple isn’t making any forecasts for the coming quarter, although it's clear the next quarterly report will be worse than this one.

Overall, Apple remains in an enviable position. It is bolstered by a strong brand, $94 billion in cash and a loyal customer base.

That’s a big reason why Apple’s stock still remains above its levels of just five months ago, though it probably will be awhile before it approaches its late January peak again. The shares shed 2% to $288.10 in Thursday’s extended trading after the quarterly numbers came out.

To help prop up the stock during the downturn, Apple plans to spend $90 billion buying back its own shares and also announced a 6% increase in its quarterly dividend to 82 cents per share.

Apple might be hurting even more had the company not spent the past few years developing paid-subscription services for the owners of more than one billion iPhones and other products that are still in use. The services division, which includes Apple Music and the company’s recently launched video streaming service, Apple TV Plus, generated revenue of $13.3 billion, up 17% from last year.

A recently released cheaper iPhone could also help insulate the company. The second-generation iPhone SE starts at almost $400, a relative bargain given that other models sell for $700 to $1,000. The lower price could appeal to consumers who need a new phone during tough times.

Whenever the next line-up of new iPhones comes out, it’s expected to include at least one model capable of connecting to new, ultrafast wireless networks known as “5G” that are still under construction around the world. Those state-of-the-art iPhones are expected to a be a hot commodity for consumers who can still afford to splurge on the latest in tech gadgets.

Gore figured out that by stretching PTFE with a sudden yank, the polymer expanded by 1,000%.
Sep 21st, 2020
Follow Us
Most Recent