More than one in 10 workers have lost their jobs in the past three weeks. 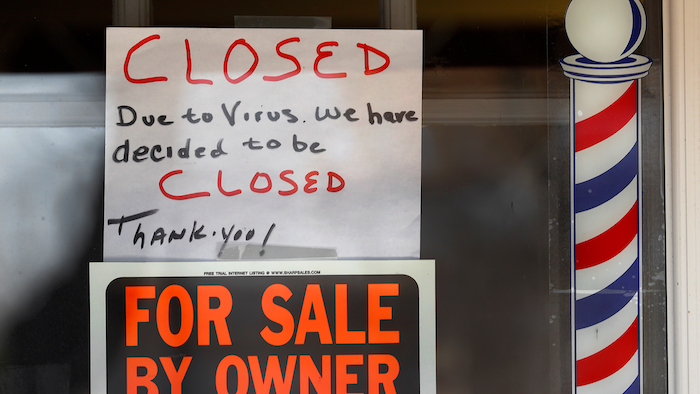 WASHINGTON (AP) — With a startling 6.6 million people seeking jobless benefits last week, the United States has reached a grim landmark: More than one in 10 workers have lost their jobs in just the past three weeks to the coronavirus outbreak.

The figures collectively constitute the largest and fastest string of job losses in records dating to 1948. By contrast, during the Great Recession it took 44 weeks — roughly 10 months — for unemployment claims to go as high as they now have in less than a month.

The job market is quickly unraveling as businesses have shut down across the country. All told, in the past three weeks, 16.8 million Americans have filed for unemployment aid. The surge of jobless claims has overwhelmed state unemployment offices around the country. And still more job cuts are expected.

More than 20 million people may lose jobs this month. The unemployment rate could hit 15% when the April employment report is released in early May.

The viral outbreak is believed to have erased nearly one-third of the economy’s output in the current quarter. Forty-eight states have closed non-essential businesses. Restaurants, hotels, department stores and countless small businesses have laid off millions as they struggle to pay bills at a time when their revenue has vanished.

A nation of normally free-spending shoppers and travelers is mainly hunkered down at home, bringing entire gears of the economy to a near-halt. Non-grocery retail business plunged 97% in the last week of March compared with a year earlier, according to Morgan Stanley. The number of airline passengers screened by the Transportation Security Administration has plunged 95% from a year ago. U.S. hotel revenue has tumbled 80%.

The government-mandated business shutdowns that are meant to defeat the virus have never brought the U.S. to such a sudden and violent standstill. For that reason, economists are struggling to assess the duration and severity of the damage.

The Penn Wharton Budget Model, created at the University of Pennsylvania’s business school, projects that the U.S. economy will shrink at an astonishing 30% annual rate in the April-June quarter — even including the government’s new $2.2 trillion relief measure, the largest federal aid package in history by far. An economic contraction of that scale would be the largest quarterly plunge since World War II.

A key aspect of the rescue package is a $350 billion small business loan program that is intended to forestall layoffs. Small companies can borrow enough to cover payroll and other costs for eight weeks. And the loans will be forgiven if small businesses keep or rehire their staffs. The Treasury Department has begun to roll out the loans to mixed results. Many small businesses have had trouble accessing loan applications, and many economists say the $350 billion is insufficient. Treasury Secretary Steven Mnuchin has said he will seek an additional $250 billion for the program from Congress.

The rescue package also added $600 a week in unemployment benefits, on top of what recipients receive from their states. This will enable many lower-income workers to manage their expenses and even increase their purchasing power and support the economy. It also makes many more people eligible for jobless aid, including the self-employed, contractors, and so-called “gig economy” workers such as Uber and Lyft drivers.

But many of these people have been expressing frustration and bewilderment about the process for seeking benefits as a flood of applications has overwhelmed many state offices. Margaret Heath Carignan said she called the unemployment office in Maine, where she lives, 291 times on the day that people with the last names A through H were eligible to call.

She never connected to anyone.

Carignan, 57, was laid off — temporarily, she hopes — from her position as a certified medical assistant at an orthopedic practice in Portland, Maine, a job she had held for 20 years. The office furloughed her and others because they’re unable to see many patients. She hopes to return once the coronavirus is contained.

Even with non-essential businesses largely closed and health authorities imploring people to stay at home, some Americans who have lost jobs continue to look for work. Normally, to qualify for unemployment benefits, people who are laid off must activity look for a new job. But unlike in previous recessions, that expectation has become nearly impossible. Many states as a result are waiving or loosening the requirement to look for work.

In Tennessee, people on unemployment can satisfy the job-search mandate by creating and maintaining a re-employment plan. But many appear to be unaware. And at least some of the jobless say they’re still receiving notifications from the state saying they must actively seek work.

Shamira Chism was laid off from her job as a line cook at a Nashville restaurant three weeks ago. To prove she is looking for work, she said, she must do an online job search twice a week and save the search. There are a few job postings at grocery stories and big distribution centers like Amazon but nothing in her field, she said.

Few states have managed yet to distribute to recipients the extra $600 a week in unemployment aid that the federal package provided. Chism, 31, is able to pay her bills right now only with the help of her parents. Tennessee unemployment benefits are $275 per week.

For other unemployed workers, the viral shutdowns have made it nearly impossible to do the kind of networking that is normally a crucial part of a job hunt.

Ryan LaRe of Salt Lake City has been looking for work since mid-February. At first, things seemed normal: He applied, got some interviews and moved through the process. He has worked as a fundraiser for non-profit groups, a field that is in turmoil as donations have dried up.

Now, nearly every employer he has looked into has imposed a hiring freeze.

“It makes mundane tasks feel monumental when I don’t know where my money is going to be in a month,” said LaRe, 24. “The aspect of staying at home is hard enough, and not feeling productive is going to be what gets to me.”

The company hopes to increase sales in one of the world’s fastest-growing smartphone markets.
Sep 18th, 2020 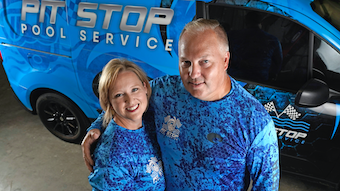 Despite millions in government loans and grants, it’s estimated that hundreds of thousands of companies have already failed.
Sep 17th, 2020
Follow Us
Most Recent