The bank will buy up to $132 billion more in bonds this year. 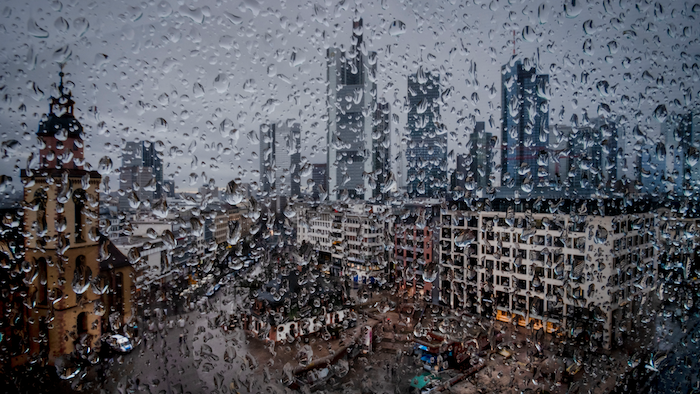 FRANKFURT, Germany (AP) — The European Central Bank deploying new stimulus measures to cushion the economic pain inflicted by the virus outbreak, but avoided cutting interest rates in a situation where economists say monetary policy can do little more than limit the damage.

The central bank for the 19 countries that use the euro decided Thursday to buy up to 120 billion euros ($132 billion) more in bonds this year.

The money is newly created and injected into the financial system. It comes on top of purchases worth 20 billion euros a month it is already carrying out, and would be aimed at corporate bonds, which should help keep credit available to companies.

The ECB is also providing additional cheap, long-term loans to banks to make sure they have the liquidity they need. And the ECB will temporarily ease some capital requirements for banks to help them keep lending.

It's all aimed at helping businesses get the financing they need and stimulating activity to offset the downturn from all the closings and restrictions due to the virus outbreak.

The central bank did not cut interest rates as many analysts had expected. Rates are already low and economists have said deeper cuts might not help much.

Thursday's steps “will do no more than cushion the blow to the economy from the coronavirus,” said Andrew Kenningham, chief Europe economist at Capital Economics. “Monetary policy is powerless to prevent a deep downturn and, unlike in the U.S. and China, it has little scope to support the recovery afterwards.”

The move comes as the eurozone is forecast to slide into recession and financial markets keep falling over concerns about the virus outbreak's hit to the economy. Concerns deepened after the U.S. decided to halt travel from 26 European countries.

The bank's policy meeting was held without several members of the 25-seat governing council physically present and participating by remote conferencing. Italian central bank head Ignazio Visco is among them since his country, so far the hardest hit in Europe by the virus outbreak, has restricted movement. The central bank governors of Portugal, Latvia, Lithuania and Estonia are also taking part by remote.

Economists are saying that the impact of the virus outbreak is difficult to address with monetary policy, since it first and foremost deals a shock to the supply of goods and services. Monetary policy is better equipped to stimulate demand, not supply, by making credit more widely available.

Central bank action is aimed at limiting the damage from knock-on effects of business interruption. More abundant and targeted credit could help businesses get through a period of interruption without going out of business.

The government of Chancellor Angela Merkel has decided to ease eligibility requirements for a program in which the government helps pay workers who are put on shorter hours by their companies. That could help companies rebound quickly after the outbreak passes because they will have avoided layoffs and would not need to reassemble a trained workforce.

Yet European rules limiting debt and deficits for members of the euro currency may restrict what governments can do. European Commission President Ursula von der Leyen has said that the maximum flexibility available in the rules will be applied.

The commission has started a longer-term review of the rules themselves, but economist Rosie Colthorpe at Oxford Economics said any changes would not come before 2021. “This leaves the eurozone ill-prepared to deliver a forceful and coordinated fiscal response to the looming coronavirus-related downturn."

“There is a chance that a serious recession would trigger meaningful reform, but for now the onus will remain on the ECB, despite its increasingly depleted arsenal,” Colthorpe said.