Jerome Powell said trade policy is causing "some uncertainty" but that the U.S. consumer is in good shape. 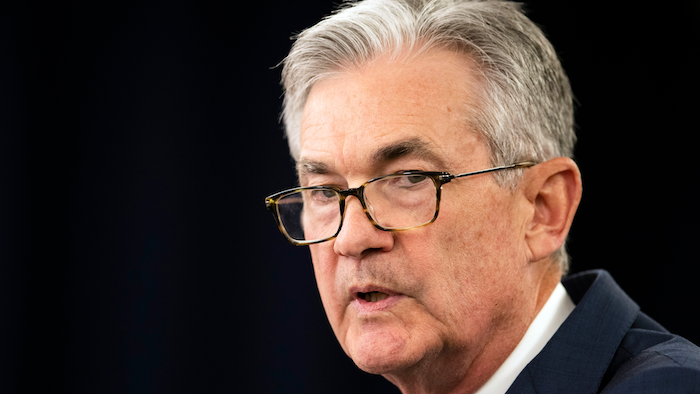 WASHINGTON (AP) — Federal Reserve Chairman Jerome Powell said Friday that the Fed is not expecting a U.S. or global recession. But it is monitoring a number of uncertainties, including trade conflicts, and will "act as appropriate to sustain the expansion."

Powell gave an upbeat view of the U.S. economy during an appearance with Swiss National Bank Chairman Thomas Jordan in Switzerland. Powell said that trade policy is causing "some uncertainty" but that the U.S. consumer is in good shape.

"I would not see a recession as the most likely outcome for the United States or the global economy," Powell said.

Powell was speaking at a conference sponsored by the Swiss Institute of International Studies at the University of Zurich in Switzerland.

It was his first public appearance since his remarks at the Fed's annual monetary conference in Jackson Hole, Wyoming, on Aug. 23. Financial markets were eager to see whether Powell would provide any more clues about what the Fed will do at its next meeting on Sept. 17-18.

At its last meeting in July, the Fed cut rates for the first time in a decade, lowering its key policy rate to a new range of 2% to 2.25%. Markets believe there is a near certainty that the Fed will cut rates for a second time at the September meeting.

President Donald Trump has expressed unhappiness with the small move in July and has continued to attack Powell in a series of tweets since then, suggesting in one tweet that Powell should be considered an "enemy."

Powell strongly rejected a suggestion that the Federal Reserve should consider influencing the outcome of the next presidential election through its interest-rate policies.

"Absolutely not," Powell said. "Political factors play absolutely no role in our process ... We are strongly committed to nonpolitical decision making. We serve all Americans regardless of their political party."

Dudley said in a follow-up opinion piece that "my intention was to be provocative."

Powell was asked about opposing comments this week from two Fed colleagues. James Bullard, head of the Fed's St. Louis regional bank, said he favored a half-point reduction in the Fed's benchmark rate in September, double the quarter-point cut in July. But Eric Rosengren, president of the Fed's Boston regional bank, said he does not believe rates should be cut further. Rosengren was one of two officials who dissented at the July meeting, arguing that there was no need for the July rate cut.

Powell said that sometimes it is easy to get a unanimous decision when the economy is sending clear signals but "other times it is murky out there and there are a range of views. That is one of those times."

Economic uncertainty caused by trade policy is not something that central banks have a lot of experience dealing with, Powell said.

While it is "challenging" to get the Fed's rate-setting panel to reach agreement in the current environment, "I expect we will have strong support as we had in July," he said.