A University of Vermont scientist is nearing a mixture that can disrupt an agricultural pest while meeting strict organic growing standards. 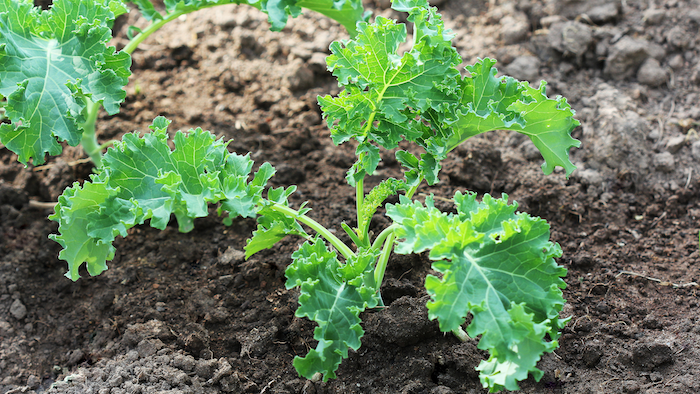 The consensus: no time soon.

But there are a few, faint glimmers of hope in the battle to protect organic, Northeast-grown kale (as well as broccoli, Brussel sprouts, collard greens and cauliflower) from the ravages of the tiny, winged swede midge.

Baffling the bug as it attempts to mate and lay eggs might do the trick, says Yolanda Chen, a professor at University of Vermont's Department of Plant and Soil Sciences.

Chen, working with local farmers and other researchers, has narrowed the search for a midge-disorienting cocktail that meets strict organic growing standards.

Concentrated, or essential, oils from plants like peppermint, marjoram and garlic — species that are genetically distant from kale and its cousins — disrupt the female midge's olfactory search for a spot to lay her eggs, Chen wrote in a study published July 23 in Nature.com's Scientific Reports.

In field trials Wednesday at UVM's Horticultural Research Farm, another disorienting assault on the insect's senses was taking place. Here, in South Burlington, a super-potent midge-sex lure was successfully distracting males of the species from more productive reproduction.

Gabriel LeMay, a recent UVM graduate who now works as a technician with Chen, described the sensual barrage as "a smokescreen" against the insect.

Joining the inspection of plants was Elisabeth Hodgdon, who earned her doctorate at UVM and now works at the Cornell Cooperative Extension in Plattsburgh.

Hodgdon is now publishing her own research on insect pheromone warfare.

"It's like the males are in a constant state of being turned on," she summarized.

Progress in the effort to slow the seemingly unstoppable midge has been slow, Chen concedes:

On its home turf, Chen explained, native parasites keep populations in check. In the eastern U.S. and Canada, only farmers willing to spray crops repeatedly with pesticides (what she calls a "scorched earth" strategy) can be assured of a harvest.

That gives little comfort for farmers and consumers who favor organic produce.

Giving up on locally-grown organic broccoli. And kale and...

Demand for healthy, green veggies remains strong. Organic farmers out West, primarily in California, are able to meet supply — the drier climate there is apparently less attractive to swede midge.

Support for local agriculture is strong, too. In 2014, members of City Market/Onion River Co-op awarded a $14,300 Patronage Seedling Grant to support Chen's research.

Much more is needed, argues Tony Lehouiller, who owns and operates Foote Brook Farm in Johnson with his wife, Joie Lehouiller.

"Some of our healthiest vegetables are on the brink," he said.

Lehouiller has worked with Chen for the past six years, experimenting with various essential-oil spray repellents. Nothing has dented the onslaught.

"I don't see there being any way of getting rid of it," Lehouiller said of swede midge. "Once it's in your valley, it's over. You're done."

Foote Brook Farm has scaled down its kale and broccoli operation to small, early-spring and late-fall crops.

"There's no way we can do wholesale broccoli," Lehouiller said. "We don't do things that don't make sense anymore."