The Japanese electronics giant reported a 33% drop in its fiscal first quarter profit but is sticking to its forecast for the year. 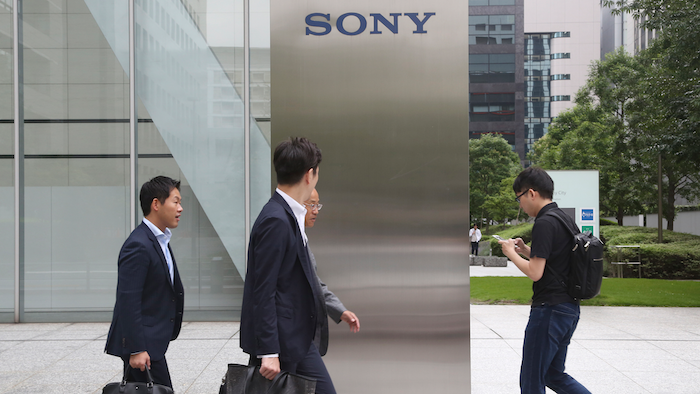 In this July 9, 2019, photo, people walk in front of the headquarters of Sony Corp., in Tokyo.
AP Photo/Koji Sasahara

TOKYO (AP) — Sony Corp. reported Tuesday a 33% drop in its fiscal first quarter profit as sales dipped in its electronics operations, including TV sets and camcorders.

The Japanese electronics and entertainment company's April-June profit totaled 152 billion yen ($1.4 billion), down from 226 billion yen in the same period of the previous year.

For the latest quarter, sales from the company's movie division Sony Pictures Entertainment benefited from the higher theatrical revenue from "Men in Black: International" and "Spider-Man: Far From Home."

Its video game business benefited from better sales in its PlayStation 4 game console, it said.

Sony, founded in 1946, was long seen as a pioneer, exemplified in the Walkman, which introduced the idea of mobile music to the world.

But until its latest recovery, it has struggled over some years in adjusting to the digital age amid competition from powerful rivals like Apple and Samsung. It has also suffered some bad luck such as an earthquake in southwestern Japan in 2017.

Juggling its widespread operations, which also include medical equipment and financial services, has also been a challenge.