Amsterdam-based Stellantis was formed last year with the merger of Fiat Chrysler and France’s PSA Peugeot. 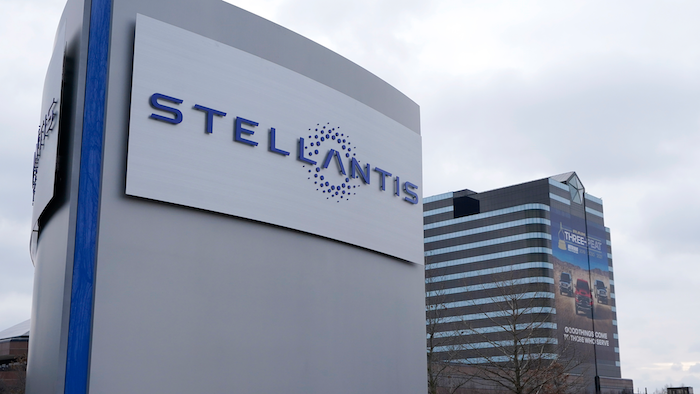 In this file photo taken on Jan. 19, 2021, the Stellantis sign is seen outside the Chrysler Technology Center, in Auburn Hills, Mich. Automaker Stellantis said Monday, May 2, 2022 it will invest $3.6 billion Canadian dollars ($2.8 billion) to upgrade two Canadian assembly plants and expand a research center as it accelerates its long-term electrification strategy.
AP Photo/Carlos Osorio, File

Combined with its March announcement of a joint venture battery plant with LG Energy Solution, the new investment gives Stellantis an overall investment in Ontario of CN$8.6 billion.

“These investments re-affirm our long-term commitment to Canada and represent an important step as we move toward zero-emission vehicles that deliver on our customers’ desire for innovative, clean, safe and affordable mobility,” said Stellantis North America Chief Operating Officer Mark Stewart.

Amsterdam-based Stellantis was formed last year with the merger of Fiat Chrysler and France’s PSA Peugeot and is the world’s fourth-largest automaker.

Its long-term global strategy is to invest CN$45 billion through 2025 in electrification and software. The company plans to sell 5 million electric vehicles by 2030, with 50% of its North American passenger-car and light-truck sales going fully electric by 2030. It plans to sell only electric passenger cars in Europe by 2030.

In March, Stellantis announced that a joint venture between it and South Korea’s LG Energy Solution to build a large electric vehicle battery factory in Windsor, Ontario, employing about 2,500 people just across a river from Detroit.

That venture plans to spend CN$5 billion to build the new plant on a field in the Canadian city. It’s expected to open early in 2024 and will be able to make battery cells and modules for over 500,000 electric vehicles per year.