One in five will be electric-powered. 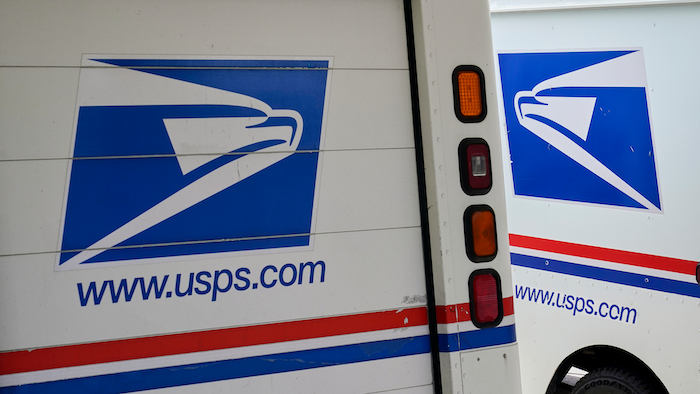 One in five of the first batch of next-generation U.S. Postal Service delivery vehicles will be electric-powered, officials said Thursday.

The Postal Service formally placed its initial $2.98 billion order for 50,000 vehicles with at least 10,019 of them being battery-electric vehicles. That represents a doubling of electric vehicles from the initial plan. The first of the new vehicles are expected to be on delivery routes by late next year.

Postmaster General Louis DeJoy said the Postal Service made good on its pledge to accelerate purchases of electric vehicles based on financial outlook and strategic considerations.

“Today’s order demonstrates, as we have said all along, that the Postal Service is fully committed to the inclusion of electric vehicles as a significant part of our delivery fleet" even though they represent a more costly investment than internal combustion vehicles, he said.

U.S. Rep. Carolyn Maloney, chair of the House Committee on Oversight and Reform, said she appreciated the larger share of electric vehicles. But it's still not enough, she said.

“The Postal Service must prioritize the acquisition of electric vehicles or it will be stuck with outdated technology that further pollutes our environment for decades,” said Maloney, D-N.Y.

The Postal Service is in the process of replacing the ubiquitous delivery trucks that went into service between 1987 and 1994.

All told, the Postal Service’s fleet includes 190,000 local delivery vehicles. More than 141,000 of those are the old models that lack safety features like air bags, anti-lock brakes and backup cameras.

The new vehicles are taller to make it easier for postal carriers to grab packages and parcels that make up a greater share of volume. They also have improved ergonomics and climate control.

It would cost an extra $3.3 billion to convert the entire Postal Service fleet to electric vehicles. Money for that was included in Biden’s Build Back Better plan that stalled in Congress.